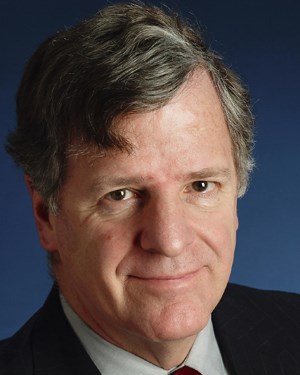 BORN
1943
DIED
2017
FUNERAL HOME
Brown & Hickey Funeral Home
36 Trapelo Road
Belmont, MA
Kirtland Chase Mead, of Cambridge and Marion, Massachusetts died unexpectedly at home of a presumed heart attack on November 26, 2017. He was born in Huntington, New York on June 9, 1943. Kirt graduated from The Hill School in Pottstown, Pennsylvania in 1961 and from Wesleyan University in Middletown, Connecticut in 1965. He was a Fulbright scholar in Freiberg, Germany, in 1965-1966. He received a masters degree in Physics from Stanford University in 1968, and a PhD in Engineering from the Massachusetts Institute of Technology in 1973. Kirt later credited his Fulbright in Germany with changing his life. He loved European history and culture and pursued all opportunities to experience them. With his family, he lived in Paris from 1977-1981 and in London from 1986-1992. He wrote guides to these and many other European cities and shared them with friends and family. He also gave witty and learned presentations on European history, on which he was an expert. Kirt was a true Renaissance man, with unusually wide interests. He was devoted to the life of the mind and read voraciously in three languages. He loved maps and collected Baedecker guides, further evidence of his love of the broad world and all the ways that people have travelled, understood, and celebrated it through the ages. Kirt had a varied and successful international management consulting practice, most recently with the Leading Edge Forum in London. He was a natural teacher and thrived on leading executive education programs. He had the ability to understand complex management and technical challenges and to communicate them in straightforward ways. Kirt leaves his wife of 48 years, Susan Eldredge Mead, and his daughters Lindsey Eldredge Mead (Matthew Russell) of Cambridge, Massachusetts and Hilary Whitman Mead (Terence Gilheany) of Middletown, Delaware. He had four adoring grandchildren, Grace Eldredge Russell, Samuel Whitman Russell, Hannah Mead Gilheany, and Margaret Mead Gilheany. He was predeceased by his parents, Lawrence Myers Mead, Jr. and Janet Chase Mead, and by his brother Jonathan Taylor Mead. He leaves two brothers, his twin, Lawrence Myers Mead III of New York City, and Bradford Machado Mead of Simsbury Connecticut, as well as nieces, nephews, cousins, and friends all over the world. Kirt often said that life is the stories you tell your grandchildren, and in his too-short years he accumulated many. In addition to traveling and reading, he was passionate about sailing, music, friends, collecting books, and fine wine. He will be remembered among his family and friends for his extraordinary intellect and zeal to debate, his willingness to listen even when he disagreed, his wry sense of humor, and his loyalty. A memorial service was held on Sunday, December 3, 2017 at St. Gabriels Episcopal Church, 124 Front Street, Marion, MA. Please consider a contribution to Wesleyan University (Fund for Student International Travel, in honor of Kirt Mead), 318 High Street, Middletown, CT 06459 or the Beverly Yacht Club (Junior Sailing Program, in honor of Kirt Mead), 99 Water Street, Marion MA 02738. Online guest book at www.brownandhickey.com. Brown & Hickey Funeral Home 36 Trapelo Road Belmont MA 02478 617-484-2534.
Published by The Sentinel - Marion from Nov. 29 to Dec. 15, 2017.
To plant trees in memory, please visit the Sympathy Store.
MEMORIAL EVENTS
Dec
3
Memorial service
2:00p.m.
St. Gabriel's Episcopal Church
124 Front Street, Marion, MA
Funeral services provided by:
Brown & Hickey Funeral Home
MAKE A DONATION
MEMORIES & CONDOLENCES
Sponsored by Brown & Hickey Funeral Home.
14 Entries
I am truly very sorry for your loss.PROVE 3:5&6.
April 19, 2018
Dear family, I am so very sorry for your sudden loss. Blessed are those who mourn, for they shall be comforted (Matthew 5:4). Jesus will wrap His arms of love and comfort around those who trust in Him.
Simone
March 26, 2018
Remembering Kirt Mead from our 9th grade class at Toaz Jr High School ( Sept 1957-June 1958) in Huntington, NY.

Rest in Peace, Kirt.....
Rich Czarnowski
February 25, 2018
Kirt was a kind and lovely man. I enjoyed working with him as an
intern at Emergence Consulting and was very sorry to learn this news while Googling to see what he was up to. Warmest regards to his family at this sad time. The world is much better for having him had him in it.
Emily Gouillart
January 10, 2018
My condolences to the family and friends of Kirtland.

Rollin
January 3, 2018
So sorry to hear this news. I have worked with Kirt since Index days, hearing him speak at meetings all over Europe and later editing reports he wrote for LEF. I will miss his wise and perceptive words.
My sympathies to all Kirt's family.
Anne Pappenheim
December 20, 2017
I'm so sorry for your loss. Draw comfort from each other and from our Heavenly Father as you all grieve.

Jeremiah 29:11-14a
Gabrielle
December 6, 2017
What very sad news. Kirt was my mentor at Index. He was a fantastic man and brilliant thinker. He was OIC on my 3rd project at Index -- an Architecture 2000 for BNP project we ran with Philippe Cheneviere in the early days of London 1989-90 contemporaneously with Barclays Bank with Bob Trevor and Ron McIntosh.

I was Senior Associate at the time and he would frequently remind me that if this project was run out of Cambridge I would have needed to be a Managing Associate to project manage it. I also remember he used to call me Sunday nights to discuss the project much to the annoyance of my wife!

Kirt was a man of brilliant ideas and insights and a key figure of Index's growth in business re-engineering and will be missed.

My sincere condolences to the family and all Index colleagues.
David Ryder
Coworker
December 1, 2017
A polymath and renaissance man. An energetic traveler with an acute sense of humor. He could take a room, in English, French or German. He demanded facts on the ground, always pushing out abstraction to get to the essential reality of any problem or situation. A force in our time together at Index in Cambridge, London, Basel, Milan, and Paris. I am the better for our association. Thank you my good man!
Chuck Callan
November 30, 2017
I had the pleasure of working closely with Kirt on many occasions over the last five years with the Leading Edge Forum. His passion for Executive Education and particularly the development of personal power' was infectious and a massive influence on clients and colleagues alike. I consider it a privilege to have learned from and worked alongside him.

I will particularly miss his performances in client engagements and his deep knowledge of history and culture. I have many fond memories of our discussions over Weizenbier' in a Bierhalle' somewhere in deepest Germany, diving into the treasure trove that was his story book.

His professional legacy will continue for many years to come.
David Reid
November 30, 2017
A unique balance of knowledge, wisdom and compassion, he stood tall among a number of tall individuals.
Frank Orzell
Coworker
November 29, 2017
I worked with Kirt for many years and had the pleasure of having him speak at many of the LEF events. RIP Kirt.
Jane kingston
November 29, 2017
My early mentor at Index who would regale us with comparisons between our client's leadership team and the court of French monarch Louis XIII (notably Cardinal Richelieu). The man who when entering the grand foyer of the Richmond Hotel and viewing the Carrara marble statue of Thomas Jefferson, coined the phrase, "built by men not limited by self-doubt". Intellectually, he traveled in a different orbit around some strange (and enchanting) attractor. When our orbits fell into even loose synchronization, I was always the better for it. He worked in metaphor like Michelangelo in marble, seeing first the angel then carving away that which was unnecessary to set the angel free. We'll miss you Kirt!
Russell Brackett
November 28, 2017
Kirt showed us the art and science of management consulting. A great mentor . . . he will be missed.
Malchus Watlington
November 28, 2017
Showing 1 - 14 of 14 results