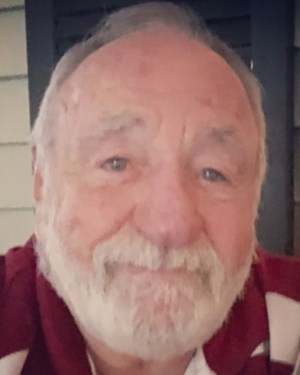 Edward C. Today, we remember our sweet dad, Edward Charles McDonald who died on Saturday, May 22, after a period of declining health. Born in Waltham and raised in Hudson, MA, Dad was one of five boys born to Martha and Edward "Mac" McDonald. He loved his brothers - Bobby, Tommy, Jimmy, and John - and the deeds and misdeeds of the McDonald boys around Lake Boone remain the stuff of legend. Dad joined the Air Force after high school, where he worked in Supply with Strategic Air Command. He was a proud Vietnam vet and loved his time in the service. Even in Can Tho, he managed to find or create mischief and ensure everyone around enjoyed more than a few laughs. Dad spent the rest of his adult life working as a software engineer, eventually becoming a Vice President for Hitachi Computers. When he traveled to Japan, he was called "Edosan," and treated like royalty. It was the culmination of his career and we called him Edo ever since. Dad married our mom, Marilyn Basoli Parker, in 1971, and they raised we, three lovely children (Scott McDonald, Bonnie McDonald, and Penny McDonald Green) on Benjamin Road in Marlborough, MA. Our childhood was a great one, with Dad playing the starring role in all things fun. He went to all of our games and threw us into the pool. He gathered the fathers and blocked off the bottom of our road so we could sled down it during the winter and gathered the uncles to toss us in a blanket at family parties during the summer. He taught us to ride bikes and later to drive. He brought us to Cape Cod for the beach and North Conway to ski. He visited each of us in college and made sure we (and our friends) had enough food and beer to last us weeks. The early 2000s brought Dad to Vail, CO, to live near Bonnie and Scott, witness their debauchery, and enjoy the ski bum life that the Colorado mountains have to offer. Those were some of Bonnie and Scotts favorite years, with Edo joining the misfit holiday gatherings, Covered Bridge Coffee parties, and many an aprs ski, where he made a great many friends of his own. Dad was proud of his kids more than anything, bragging about our every success or ridiculous mishap to anyone who would listen. So too did he dote on his grandchildren, Pennys kids, Maggie and Ryan, and his son-in-law, Jon Green. Dad lived out the last decade of his life in the East coast ski town of Bethel, ME, near Sunday River. Always quick with a joke and the first to buy a round of Tuaca, Dad quickly endeared himself to the Bethel community. He could often be found at the Brew Pub or the Matterhorn - with his brother Tom and sister-in-law Mary, and his ride-or-die, friend til the end, Joe Morrisroe - drinking a Corona, always in a chilled glass with a lime. Please join us for food and drinks to celebrate the great life of a great man on Saturday, May 29th, from 1 to 4 PM, at the Elks Club - 99 Park Street, Hudson, MA. From the mountains to the sea, Dad will be missed indeed.
Published by The Marlborough Enterprise from May 28 to Jun. 3, 2021.
To plant trees in memory, please visit the Sympathy Store.
MEMORIAL EVENTS
May
29
Celebration of Life
1:00p.m. - 4:00p.m.
Elks Club
99 Park Street,, Hudson, MA
MAKE A DONATION
MEMORIES & CONDOLENCES
2 Entries
Ed was an amazing individual- kind, smart and absolutely hysterical. I knew him from Hitachi days. He was a dear friend. I am just sorry I lost touch with him. I am so happy he spent much time with his kiddos and grands- wonderful memories for all. I will always remember the twinkle in his eye and made me smile, and still does.
kathryn mohn wooters
Friend
June 2, 2021
I am blessed for the time I got to spend with Ed. We met at Sunday River. I always looked forward to getting my skis from him, and possibly seeing Ed apres ski along with his many, many friends. We would talk, laugh, and solve the world's problems. He was a true friend and will always be in my heart.
Jack
Friend
May 28, 2021
Showing 1 - 2 of 2 results