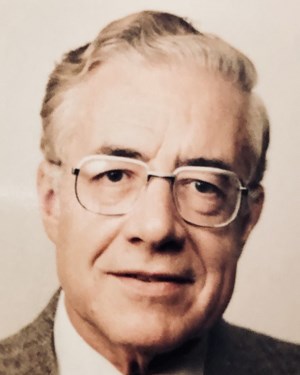 BORN
1928
DIED
2021
Gilbert Raymond Bony, 93, of Stow, passed away peacefully on June 2nd, 2021 at his home in Glastonbury, Connecticut. He was born March 28th, 1928 in Asnieres-sur-Seine, France, the son of Robert Michel Bony and Marie Louise (Paradis) Bony. Gilbert was raised in the 14th arrondissement of Paris where his parents had a boulangerie on the ground level of the apartment building he lived in. He recounted many stories living as a young boy in Paris during World War II. In his youth, he served in the French army for one year and attended Arts et Metiers, a prestigious French engineering school where he graduated in 1949. He married his first wife Yvonne Berthe Rohr in 1954 and had two sons, Hubert and Oliver. He married his second wife Gisele Marie Jose (Sanchez) Meccheri in 1971 and adopted her son Mark. Mr. Bony and Gisele later had two daughters together, Laura and Emmanuelle. Mr. Bony started his career working at Renault, a leading French automobile manufacturer, in 1950. After three years at Renault, he decided to venture out on his own and created a company specializing in plastics and fiberglass molding called Ateliers de Moulages Plastiques (AMP). At AMP, his creations included car prototypes, modern plastic chairs, and plastic decorative boats that were placed on top of street signs all over Paris. AMP would soon grow into a high-tech fiberglass radome manufacturing company. Mr. Bony received several patents and established individual businesses associated with these patents. He was granted the Legion of Honour Medal, one of the highest decorations in France, for both military and civil life service, in 1977. The United States Military was interested in one of the defense aerospace patents held by AMP and approached Mr. Bony to bring this business to the USA. In 1977, he moved his wife and five children to start a new life in the United States where he established Radant Systems, Inc. in Stow, Massachusetts. Mr. Bony served as the President of Radant Systems, Inc. until 1988. Radant Systems, Inc. created many jobs locally, and it is still in operation today under different ownership. He then returned to his family roots and opened a French caf and bakery, Caf de Paris, in Boston adjacent to the Boston Public Garden. After selling the caf in 1996, he invested in several commercial and residential real estate properties as well as created a small private mortgage lending company. During retirement, he became interested and created several elaborate model train displays specifically in the HO and larger G scale. He was an avid bridge player starting at age 80, after not having played since his time in the military. He played in several clubs and was known to be a tremendous bridge player. Mr. Bony's passion for success was apparent to anyone who knew him. He was a self-starter and determined to succeed in his many business ventures no matter what obstacles he encountered. Several friends affectionately referred to him as the friendly steamroller for his ability to never give up and persuade with charm. He is survived by his loving wife of 50 years, Gisle, five children, Hubert Bony of Orsay, France; Oliver Bony of Norwich, Connecticut; Mark Bony of Los Gatos, California; Laura Bony of Glastonbury, Connecticut; and Emmanuelle Merrill of Lafayette, California. He is also survived by ten beloved grandchildren: Pierre, Guillaume, Alexander, Charlotte, Gwendolyn, Theodore, Nathaniel, Margaret, Jared, and Sylvie. A celebration of life will be held at a later date. In lieu of flowers or gifts, the family requests those who wish to express sympathy to consider making a donation to DAV (Disabled American Veterans) www.dav.org in Gilbert Bony's name.
To plant trees in memory, please visit our Sympathy Store.
Published by The Marlborough Enterprise from Jun. 9 to Jun. 17, 2021.
MEMORIAL EVENTS
No memorial events are currently scheduled.
To offer your sympathy during this difficult time, you can now have memorial trees planted in a National Forest in memory of your loved one.
MAKE A DONATION
MEMORIES & CONDOLENCES
1 Entry
Sorry for your loss . Working at Radant 1984-1991 there was never a day that went by without Mr Bony visiting the shop to shake my hand and say good afternoon, even if my hands were soaked in resin and fiberglass. I worked with both Oliver and Mark and remember being interviewed for Marks application to the US Navy .
Bill King
Work
June 26, 2021
Showing 1 - 1 of 1 results