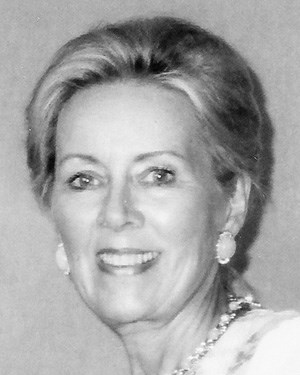 BORN
1930
DIED
2021
FUNERAL HOME
Greely Funeral Home
212 Washington Street
Gloucester, MA
Ingeborg Sullivan, 90, of Rockport, MA, wife of the late John Sullivan, passed away peacefully at home, surrounded by her loving family, on Friday, July 16, 2021. Those who have known her describe her as a woman who possessed a pure generosity of spirit, poise, and grace. She was born Ingeborg Halvorsen, to Norwegian immigrants, Hagbart and Ingrid, in Chicago on December 5, 1930. She was raised in Chicago, while also spending some of her early years in Norway with her relatives on their family's island. As a young adult, she moved to Long Beach, California where she attended college and worked for UCLA at a medical research facility. It was there that she met a charming and handsome Naval Officer, John Sullivan, who would one day become her husband. In 1956, she joined the Foreign Service and was assigned a tour of duty with the American Embassy in Tehran as an assistant to the Ambassador. During her tour she was able to travel to Turkey, Greece, the Greek Islands, Egypt, Lebanon, Syria, Jerusalem and Jordan. She loved to tell stories of her experiences, from traveling in cargo planes with no seats and landing on dirt runways, to meeting Eleanor Roosevelt and socializing with the Shahs twin sister. When her tour was up, she was to go back to the states for 'Re-Americanization'. But rather than going back the traditional route via Europe, she chose to return via the Far East, solo, where she had more adventures as she travelled through Kandahar, India, Bangkok, Hong Kong, Japan, and Hawaii. During her time away she and Lt. Sullivan kept in touch, writing letters back and forth to each other. When she finally returned to the states, he greeted her with excitement at the airport and, in 1959, they were married. Over the course of their 58 years together, they raised four children, moving from Chicago, to Easton, CT, and then to Sudbury, Massachusetts as her husband's career required. In the meantime, together, they embarked on several entrepreneurial endeavors including the Eden Pines Inn, a waterfront B&B in Rockport, MA, and Sunday's Ice Cream on Bearskin Neck, also in Rockport, which the family opened and has been operating for the past 40 years. The family fully renovated each property, with Ingeborg managing the business aspects, while also working tirelessly to design and decorate each of the many rooms herself. Her talents also extended to landscaping and her beautiful flower gardens have been the subject of many an artist's paintings. She was an accomplished pianist and artist, an advocate for health and nutrition, an avid reader and a thoughtful follower of politics and current events. She was passionate about helping others and was a longstanding, active volunteer for the Saint Vincent de Paul Society and food pantry, helping to coordinate and deliver food, clothing, or financial assistance to locals in need. Above all else, she adored her children, giving them her unconditional love and guidance. She leaves behind her daughter, Deborah Meyers, son-in-law Ken Meyers and their son Parker Meyers from Duxbury MA; her son Christopher Sullivan, of Newport, RI and his daughter Lt. Cori Ruby, USN, of Norfolk, VA; her son Timothy Sullivan and his children, Isabel and Mathew Sullivan of Rumford, RI; and her daughter, Carole Sullivan of Rockport, MA. She was the shining light and matriarch of her devoted family and she will be sorely missed and loved forever. A Funeral Mass will be held on Friday, July 23rd at Saint Joachims Church, 56 Broadway, Rockport, MA at 11:30am. Her visiting hours will be held in the Greely Funeral Home, 212 Washington Street, Gloucester, Ma 01930. Relatives and friends are invited to attend. In lieu of flowers, donations may be made in her name to St. Vincent de Paul Society, c/o Holy Family Parish, 60 Prospect Street, Gloucester, MA 01930. For online condolence, please visit www.greelyfuneralhome.com
Published by The Marlborough Enterprise from Jul. 20 to Jul. 22, 2021.
To plant trees in memory, please visit the Sympathy Store.
MEMORIAL EVENTS
Jul
23
Funeral Mass
11:30a.m.
Saint Joachims Church
56 Broadway, Rockport, MA
Funeral services provided by:
Greely Funeral Home
MAKE A DONATION
MEMORIES & CONDOLENCES
Sponsored by Greely Funeral Home.
0 Entries
Be the first to post a memory or condolences.