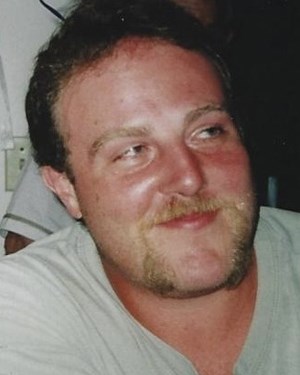 FUNERAL HOME
Buma-Sargeant Funeral Home
42 Congress Street
Milford, MA
John Andrew George, 49, passed away on April 19th, 2021 with his family by his side. John is survived by his Mother Judith Santella, George-Driscoll of Marlboro, Stepfather, Joseph Driscoll of Marlboro, two Sisters, Lisa Davis of Mendon, Christine Meehan of Holden, His Brother, Matthew Driscoll of Marlboro, His Niece Alayna Davis of Mendon, and several Aunts and cousins. John Is predeceased by his Maternal Grandparents Andrew and Dorothy Santella of Marlboro, Paternal Grandparents Harold and Alice George of Hudson, and Harold George JR. John was born in Marlboro, where he resided until his passing. John was a graduate of Assabet Valley High School and most recently worked for Sears Automotive as a Mechanic. John enjoyed spending time with his family and friends. He was an avid fan of professional wrestling and collecting radio-controlled cars. John was a loving Son, Brother, Uncle, and friend. His kindness and laughter will always be remembered. There are no calling hours. A Mass of Christian burial will be celebrated on May 7th, 2021, at 11:00 AM at The Immaculate Conception Church, 11 Prospect Street Marlboro, MA. Burial will be private. Johns funeral services are under the direction of Buma Funeral Homes, Milford MA. Johns full obituary may be found at www.Bumafuneralhome.com. where all are invited to sign Johns online guest book.
Published by The Marlborough Enterprise from Apr. 29 to May 6, 2021.
To plant trees in memory, please visit our Sympathy Store.
MEMORIAL EVENTS
May
7
Mass of Christian Burial
11:00a.m.
The Immaculate Conception Church
11 Prospect Street, Marlboro, MA
Funeral services provided by:
Buma-Sargeant Funeral Home
MAKE A DONATION
MEMORIES & CONDOLENCES
Sponsored by Buma-Sargeant Funeral Home.
1 Entry
My thoughts and prayers go out to his family especially his mom Judith
May you Rest In Peace.
debbie mccormack
Friend
May 2, 2021
Showing 1 - 1 of 1 results