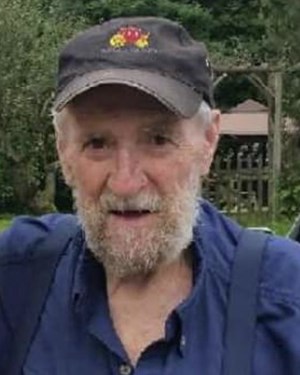 BORN
1940
DIED
2021
FUNERAL HOME
Charles F. Oteri and Son - Franklin Funeral Home
33 Cottage St
Franklin, MA
Daniel D. Sullivan 81, of Franklin, died peacefully, at his home, with family at his side, Monday June 14, 2021, following an illness. He was the beloved husband of Lorraine (Nolin) Sullivan, with whom he shared 59 years of marriage. In addition to his wife, he is survived by his children, Patricia D. Weidman and her husband Michael of Franklin, Susan J. Sullivan of Franklin, his grandchildren Nathan M. Weidman and Anna D. Weidman and many beloved nieces and nephews. Also surviving siblings, Michael Sullivan of FL, James Sullivan of FL, Richard Sullivan of New Jersey and Linda Peterson of RI. Born May 15, 1940 in Fall River a son of the late Arthur M. and Linda (Ariel) Sullivan, he was a resident of Franklin for many years and also was a resident of Hobe Sound, Florida. He was raised and educated in Somerset and received his bachelor's degree in Science from UMASS Dartmouth. Daniel was a textile technologist for the Navy at Natick Labs, until his retirement in 1998. A proud American he served his country in the United States Army, he attained the rank of Specialist, and was awarded the Good Conduct Medal. He was honorably discharged in February 1962. Daniel was devoted to his family; he enjoyed tinkering in his garage, and was known to be a collector of all things. He enjoyed traveling with his wife and family for many years. Donations in his memory may be sent to the Franklin Food Pantry 43 West Central St. Franklin, MA 02038. The Charles F. Oteri and Son Franklin Funeral Home 33 Cottage St. is honored to assist the Sullivan Family. Guestbook www.oterifuneralhome.com
To plant trees in memory, please visit our Sympathy Store.
Published by The Country Gazette - Medway from Jun. 20 to Jun. 25, 2021.
MEMORIAL EVENTS
No memorial events are currently scheduled.
To offer your sympathy during this difficult time, you can now have memorial trees planted in a National Forest in memory of your loved one.
Funeral services provided by:
Charles F. Oteri and Son - Franklin Funeral Home
MAKE A DONATION
MEMORIES & CONDOLENCES
Sponsored by Charles F. Oteri and Son - Franklin Funeral Home.
0 Entries
Be the first to post a memory or condolences.