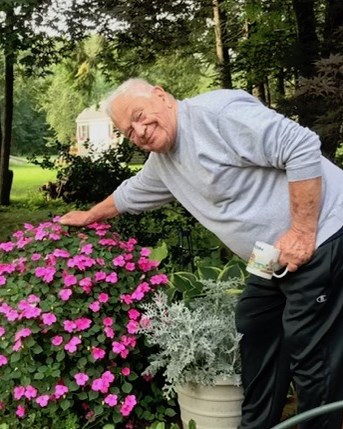 BORN
1936
DIED
2021
FUNERAL HOME
Charles F. Oteri and Son - Franklin Funeral Home
33 Cottage St
Franklin, MA
Ret. MSgt Leroy A. "Roy" Johnson 84, of Franklin died with family by his side on Saturday April 3rd, 2021 after courageously battling illness for the last few years. Roy was born June 16, 1936 in East Boston to Adolf and Florence Johnson. Roy enjoyed telling the story of being a shoeshine boy in Scully Square and living on Webster St. before moving to Franklin with his parents after 8th grade. Roy graduated from Norfolk County Agricultural High School. Received his Associates Degree from Dean Junior College and Bachelor's Degree from the University of Nebraska. After graduating Dean Junior College, he enlisted in the United States Air Force and served his country during the Vietnam War. After serving full time in Air Force for 9 1/2 years, Roy reenlisted into the Air National Guard and retired as a Master Sargent in 1995. Roy retired from Micro Controls as a Sales Engineer that same year. No matter what state or town you were in, Roy always had a restaurant recommendation. His "shortcuts" while on road trips always took twice as long, but were also the most scenic routes and usually included a good place to stop and eat. Roy was the beloved husband of Arlene E. (Robertson), with whom he would have celebrated their 58th wedding anniversary on April 20th. He was the proud father of Dale Johnson of Bedford, Jill Johnson of Franklin, Jan Wasnewsky and her husband Vin of Franklin, Eric Johnson and his wife Karen of Falls Church, VA. He was predeceased by his son Kenneth. Roy was the proud and loving "Grumpy" or "Pop" to his grandchildren Laura, Elisabeth, Daniel, Davis and Paige. He leaves behind his sisters Sonja Dmytryck and her husband John of Millis, Sandy Rittenberg and her husband Steve of Auburn, NH and Emily "Mimi" Johnson and her husband Wes of Buzzards Bay. He was the father-in-law of Sharon Pellegrino of Billerica and brother in law of Susan Johnson of Franklin. He was predeceased by his brother Ray Johnson of Franklin. Additionally leaves behind many nieces and nephews. Services will be held privately by the family. Memorial donations can be made in his honor to the Franklin Food Pantry, 43 West Central St., Franklin MA 02038. The Charles F. Oteri and Son Franklin Funeral Home, 33 Cottage St. is honored to assist the Johnson Family. Guestbook www.oterifuneral home.com.
To plant trees in memory, please visit our Sympathy Store.
Published by The Country Gazette - Medway from Apr. 7 to Apr. 9, 2021.
MEMORIAL EVENTS
No memorial events are currently scheduled.
To offer your sympathy during this difficult time, you can now have memorial trees planted in a National Forest in memory of your loved one.
Funeral services provided by:
Charles F. Oteri and Son - Franklin Funeral Home
MAKE A DONATION
MEMORIES & CONDOLENCES
Sponsored by Charles F. Oteri and Son - Franklin Funeral Home.
0 Entries
Be the first to post a memory or condolences.