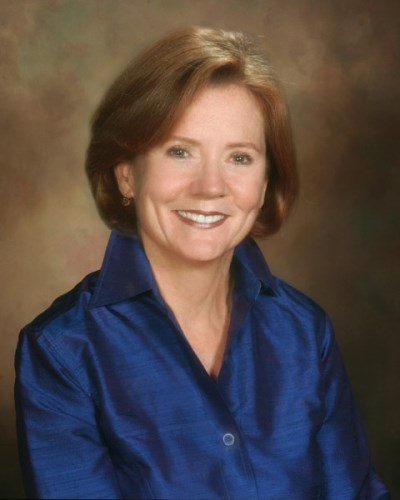 Rebecca Lane Wilson, a resident of Needham for four decades who charmed everyone she met with her sonorous Southern accent, design talents, and love of music and dancing, died on Friday, June 4. She was 73. The cause was glioblastoma multiforme, a type of brain cancer. Her two daughters, Katie and Libby Wilson-Milne, were by her side until the end. A native of Baton Rouge, Louisiana, Rebecca was one of seven children born to Charles W. Wilson, a lawyer, and Claire P.Wilson, a social worker. She graduated from St. Joseph's Academy and received Bachelor's & Master's degrees from Louisiana State University. After working in teaching and advertising in Baton Rouge, Denver, and New York, Rebecca settled in Needham in 1982. In 1997, Rebecca founded RW Interiors, a home-design firm whose hallmark was warm, gracious elegance for contemporary lifestyles. Rebecca's interior designs have been featured in The Boston Globe, Boston Home and New England Home. She received several awards for her work, including a Rising Star Award from the New England chapter of the International Furnishings and Design Association. Rebecca was active in the Needham Womens Club and the Greater Boston dance community. She kept an immaculate garden outside her home and was a frequent presence at local garage sales and music festivals. In addition to her daughters, she is survived by her five siblings: Linda Landry, Claire Bahlinger, Bill Wilson, Lon Wilson and Alex Prince. She was predeceased by her parents, her sister, Mary Scott Fergeson, and her grandson, Wilson Alexander Rudegeair-Milne. Donations in Rebecca's memory can be made to Common Ground Relief in Louisiana.
Published by The Needham Times from Jun. 8 to Jun. 16, 2021.
To plant trees in memory, please visit the Sympathy Store.
MEMORIAL EVENTS
To offer your sympathy during this difficult time, you can now have memorial trees planted in a National Forest in memory of your loved one.
MAKE A DONATION
MEMORIES & CONDOLENCES
9 Entries
Greg and I were terribly saddened to hear this news today. Rebecca was dear to us. I spent wonderful times shopping, dancing, talking and eating delicious meals that Rebecca would delightedly create. Our home contains many beautiful items that Rebecca gifted us over the years. When she would come to visit, she'd make little design changes here and there reflecting her great taste and grace. I will cherish the memories of those times. To say that Katie and Libby were deeply loved by her would be an understatement. Rebecca fiercely loved her daughters and was so so proud of them. I hope that love sustains them through this sad time. Rest in Peace Dear Friend. We will toast to you with white wine, listening to some New Orleans jazz while watching the sun set on our pond.
Amy MacAvery and Greg Sees
Friend
June 17, 2021
Greg and I are terribly saddened to learn of this news today. Rebecca and I shared many wonderful times, dancing, shopping and eating the wonderful meals she would delightedly cook. Our home is graced with beautiful accents which she gifted us throughout the years. When she came to visit, she'd always make some changes here and there to our rooms, adding her flare for charm and good taste. I will always cherish our times together. My love goes out to Katie and Libby who were deeply loved by Rebecca. May that love sustain you both as you journey through this sad time.
Amy MacAvery and Greg Sees
Friend
June 17, 2021
Dear Libby and Katie,
Your Mom❤ was a beautiful soul inside and out. I cherished her friendship and will keep her memory in my heart.
Always, Darlene❤
Darlene Fasullo Lundin
Classmate
June 12, 2021
I will miss her the rest of my life. I was lucky to have such a sister.
Alex Prince
Family
June 12, 2021
Wherever they are, I hope Rebecca has found Carroll, and that they're already dancing to "Brown-Eyed Girl"! Katie & Libby, you were wonderful daughters to your Mom!
Katherine Laney
Classmate
June 11, 2021
Sending love and healing thoughts to Katie and Libby and family. She was a beautiful presence in our music community. So gracious and beloved. She will be greatly missed.
Susan Sullivan
Friend
June 10, 2021
My precious aunt and friend , I will miss your beautiful smile and warm hugs. I think of you every time I design a space.
Melinda Antonicci
Family
June 10, 2021
I will miss this lovely and kind woman! She was tops in all she did and could dance so beautifully! It was always a thrill to see her dressed to the nines and spinning on the dance floor whenever there was a function in town. Rest in peace, sweet Rebecca!
Donna Vello
Friend
June 8, 2021
Rebecca was the epitome of grace, style and kindness. I will remember her dazzling confident smile as she twirled across the dance floor.
TERESA BURNETT
Friend
June 8, 2021
Showing 1 - 9 of 9 results