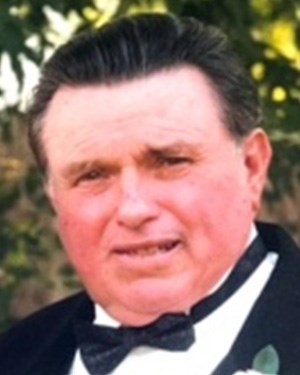 FUNERAL HOME
Eaton Funeral Home
1351 Highland Avenue
Needham, MA
Thomas Joseph Walsh, lovingly referred to as Tom, Dad, Papa, Coach and Toastie-Walsh of Needham, passed away on July 21, 2021 at the age of 86. He was the devoted husband of Mary Lorraine for over 60 years, who predeceased him earlier this year. Born in Medford on October 15, 1934, Tom was the eldest son of Nora and Anthony Walsh, who migrated from Ireland and settled and raised five children in Cambridge. Tom was the oldest brother of Stephen Walsh and Louise Innis of Pocasset, and was predeceased by his brother John Walsh and his surviving wife Barbara, of Arlington, his late sister Maureen Tennis and her husband Richard, of Arlington, and his late sister Joan OMeara and her surviving husband Fred, of Reading. Tom and Mary Lorraine raised 6 children; Thomas Walsh Jr. and his wife Lisa of Walpole, Kevin Walsh of Rye, NH, Dan Walsh and his wife Laura of Needham, Brian Walsh of Boston, Catherine McCarthy and her husband John of Needham, and Julie Baker and her husband Henry of Newton. He was a proud grandfather of 11 grandchildren who affectionately referred to him as Papa: DJ, Kelsey, Katlyn, Tommy, Cooper, Timmy, Maggie, Henry, McKenzie, Catherine and Johnny. He was also known as Uncle Tommy to many nieces and nephews. Tom was a veteran of the Korean War and earned a BS and Master of Education from Boston University. Tom was a physical education teacher for many years and retired from the Needham Public School system where he also coached soccer, wrestling, and lacrosse. As a Father, Teacher and Coach, Tom believed the practice of skill development was far more important than game day itself. In fact, Tom would often go to professional sporting events early to watch teams warm up and prepare for the game to observe skill development ideas for his children and students. Tom coached various sports teams in the Walpole, Needham, Catholic Memorial and Mount Alvernia High Schools. Tom was a huge sports fan and could always be found coaching or attending sporting events, especially ones that his children or grandchildren were playing. There is not a soccer or lacrosse field, a wrestling mat or hockey rink in New England that Tom didnt know about and where he could be found coaching his players and children or watching his grandchildren practice, learn new skills, play sports and grow. Tom was even known to attend a dance studio on occasion to observe and support Irish Step Dance Recitals for his two lovely daughters or to watch a cheerleading, ballet, play or dance performance supporting his cherished granddaughters. Tom and Mary Lorraine will be missed beyond words and the world is a better and more opportunistic place for having them train and educate us all to love, achieve and succeed. Toms family will receive friends for visitation Sunday July 25th from 4:00PM to 7:00PM at Eaton Funeral Home, Needham. A Mass of Christian Burial will take place on Monday July 26th at 10:00AM at St. Josephs Church in Needham. Tom will be laid to rest and be at peace alongside his wife at St. Mary's Cemetery in Needham. In Lieu of flowers donations may be made in Tom's memory to St. Jude Children's Research Hospital. To view Toms Mass of Christian Burial (after 12 noon on Monday) or to share a memory of Tom, please visit www.eatonfuneralhomes.com
Published by The Needham Times from Jul. 23 to Jul. 29, 2021.
To plant trees in memory, please visit our Sympathy Store.
MEMORIAL EVENTS
Jul
25
Visitation
4:00p.m. - 7:00p.m.
Eaton Funeral Home
1351 Highland Avenue, Needham, MA
Jul
26
Mass of Christian Burial
10:00a.m.
St. Joseph's Church
Needham, MA
Funeral services provided by:
Eaton Funeral Home
MAKE A DONATION
Please consider a donation as requested by the family.
MEMORIES & CONDOLENCES
Sponsored by Eaton Funeral Home.
6 Entries
Please accept my condolences on the loss of your father. I knew Tom as a PE teacher at Mitchell School in Needham. What a wonderful teacher! The kids loved him! Students were always so excited to see him. As a beginning teacher I learned a lot from watching Tom. May his memory be a blessing.
Joan Smith----Mitchell School
School
August 1, 2021
A wonderful teacher coach And person. I loved going to gym class at Pollard knowing we had Toastie. He would call me onto the mat and show a wrestling move. Pin me in seconds. Prayers to the Walsh family
Chris Cataldo
School
July 25, 2021
It is with great sadness we heard of your dear dad and brother's passing. John and I would like to extend our deepest sympathy to all the family. We have nice memories of him and Lorraine visiting us here in Waterville in 2008. May his sweet soul rest in peace.
John and Noreen O'Connell, Waterville, Kerry
July 24, 2021
We are very sorry to see the notice of the passing of our good friend Tom. There were many many good times we had going back over 60 years. We enjoyed many good times with Tom and Lorraine and will miss them both.
Jack and Marge O'Leary
Friend
July 24, 2021
To the Walsh family. I was saddened to hear of Tom's passing. I have memories of the two summers going with sons to wrestling camp at SUNY Brockport. The long ride in the Greyhound bus. To him I was known as "Sheamus Horseradish." Will never forgot those good time.
James G Condon
Family
July 22, 2021
Walsh Family, I am deeply saddened to hear of Mr Walsh's passing. I consider myself blessed to have had your father as a wrestling coach, and later, when I became a coach myself, to pick his brain when he came to matches to watch...he never failed in offering a new insight or drill...always imparted with humor and love of the sport. I will miss him dearly, but remember him fondly. Deepest Sympathies, Paul Ahern
PAUL C AHERN
July 22, 2021
Showing 1 - 6 of 6 results