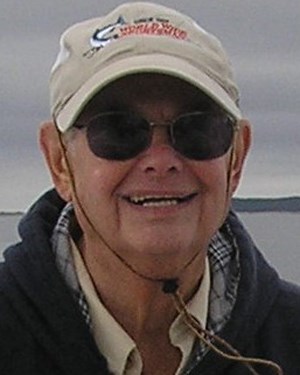 BORN
1929
DIED
2021
Alfred E. Rizzotti Jr., 91, passed peacefully at home surrounded by his family on March 20, 2021 in Eastham, Massachusetts. He joined the love of his life, Joan, who was waiting for him in Heaven since her passing on February 16th. He was born on August 2, 1929 in New Rochelle, New York. After Alfred graduated from Albert Leonard High School, he was drafted into the US Army Signal Corps and served during the Korean War. Upon his return, he graduated from RCA Technical school. He met his soulmate, Joan, and they were married at St. Josephs Church on November 8th, 1953. He was predeceased by his parents; Alfred E. Rizzotti, Sr. and Philomena Della Badia Rizzotti. Al is survived by his brother, Ernest Rizzotti, son Al (Barbara); daughters, Patricia, Barbara (Steve) and Susan; grandchildren, Michael, Matthew (Lauren), Benjamin, Deanna and Amanda; all his cherished fur-grandbabies; niece, Karen (Pat) Tufano and grand-nieces, Chrissy (Rob) Morello and Nikki Visciglia; and numerous cousins. Al worked his entire career for Bell Telephone and then AT&T in Manhattan and White Plains, New York. His family meant more than life to him and he spent as much time with them as possible. Boating, fishing and clamming were his passions, which he passed on to his children and grandchildren. He always felt he was in "Heaven on Earth" living on Cape Cod; able to enjoy the beautiful sunsets and snowstorms. Rest in peace our beloved Captain and his First Mate of their vessel "Three Gulls, a Buoy and Five Sandpipers." You will both be missed and remain forever in our hearts. Services were previously held with family only, due to Covid-19. For online condolences, please visit www.nickersonfunerals.com.
To plant trees in memory, please visit our Sympathy Store.
Published by The Cape Codder on Apr. 9, 2021.
MEMORIAL EVENTS
No memorial events are currently scheduled.
To offer your sympathy during this difficult time, you can now have memorial trees planted in a National Forest in memory of your loved one.
MAKE A DONATION
MEMORIES & CONDOLENCES
1 Entry

To the Rizzotti family; I am so sorry for your loss. Your mom and dad will forever be in my prayers.