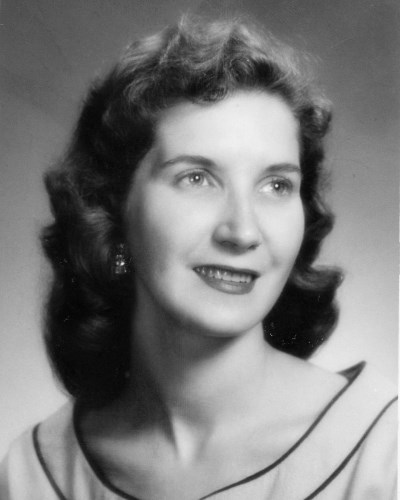 BORN
1931
DIED
2021
Camilla Mead, of North Troy, VT, passed on into the loving hands of her lord and savior Jesus Christ on February 22nd. She was just short of turning 90 (to which she recently would have said "How did THAT happen???!!!"). Born May 5, 1931 to Holger Due and Lucille (Stroud) Due in Armstrong, Iowa, she was the eldest of 6 children. Her family lived in Armstrong, IA, then Blue Earth, MN, and finally in Fairmont, MN, where she graduated from Fairmont High School, Class of '49. An avid letter-writer, she kept in contact with not only her dear grade-school friends, but also with many of her mother's friends over the years. After graduating, she worked at the Cascade Lodge that summer, then for Northern Pump and Fairmont Railway Motors as a draftsman over the next two years to earn enough money to attend one year at Hamline University as a Voice Performance major. She moved back home and worked as Deputy Register of Deeds at the Martin County Courthouse. A vacation to Cape Cod in 1957 led to her meeting her future husband, and love of her life, Jay Mead. They were married in 1959, and settled in Eastham, where they raised four children. Camilla became the Music Director at the Eastham United Methodist Church, a post she would hold for 25 years, directing the children's choir, the adult choir, the young women's choir, and the handbell choir. In 1985, Camilla and Jay bought the old Auger Farm in North Troy, VT, and ran a thriving B&B for many years. For several of those years, she also was the Child-care Supervisor at Jay Peak Ski Resort, overseeing the daycare and babysitters. Around 1993, she was introduced to the world of porcelain doll-making (she has always loved dolls!), and truly fell in love with the art. She and Jay would attend shows together, meeting new friends along the way. In 2003, she joined, and then was elected President, of the newly-formed Wooden Horse Arts Guild in North Troy. Her circle of friends and acquaintances continued to growshe so loved talking with people (and giving her opinions freely!). Camilla was also the consummate gardener (she loved her rhododendrons), most excellent cook, and baker extraordinaire! She did so many things that affected so many from Minnesota to Cape Cod and finally to the Northeast Kingdom of Vermont. She kept busy and appreciated every minute she was given in this life. As part of her bio for the Wooden Horse website, she wrote the following words: Our Missions and Roles are to keep our lives and others happy and beautiful, and never lose our identities. Camilla was predeceased by her parents, her siblings, and her husband Jay. She is survived by her children: Robin (Leavitt) and her husband Jon, of Casco, ME; Dorian and his wife Tonya, of Sterling, VA; Courtney and his partner Tanya Sousa of North Troy, VT; Pollyanna of Mechanic Falls, ME; her grandchildren Sierra, Jeremy and Neva Leavitt of Maine, and John C. Mead of Virginia. She is also survived by several nieces and nephews, and grandnieces and grandnephews. As Camilla was a supporter of all the arts, and cared deeply for the environment, we ask that you consider making a gift in her name to your local arts organization, or the Arbor Day Foundation. Camilla donated her body to the Anatomical Gift Program at the Larner College of Medicine at the University of Vermont. The family plans to hold a Celebration of Life in the summer at the farm in Vermont.
Published by The Cape Codder from Mar. 16 to Mar. 19, 2021.
To plant trees in memory, please visit the Sympathy Store.
MEMORIAL EVENTS
To offer your sympathy during this difficult time, you can now have memorial trees planted in a National Forest in memory of your loved one.
MAKE A DONATION
MEMORIES & CONDOLENCES
2 Entries
I never met her, but I would hear about her through her sister Heidi Due. Now she and Heidi can catch up on the other side. My sympathy to the family.
Enid Bloedel
March 20, 2021
I learned many lessons from Aunt Cam and she was an inspiration to me in cooking and gardening! I will not forget her gift of storytelling, which gave me insights into my family history that I wouldn't otherwise have known. Blessings of peace and comfort to my cousins and their families.
Tracy Lamperti
Family
March 19, 2021
Showing 1 - 2 of 2 results