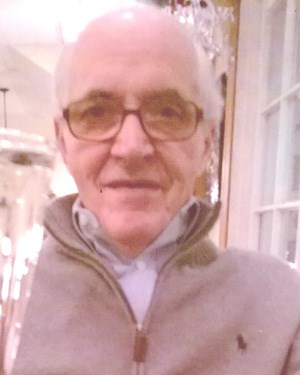 Don Martin Iaccheri, It is with great sadness that the family of Don Martin Iaccheri, age 78 of Brewster, Massachusetts announce that he passed away peacefully on February 12th at Cape Cod Hospital after a brief illness. Don leaves behind his wife of almost 50 years, Theresa (Terry) and the light of his life, his furry daughter LuLu (Brewsters Top Dog of 2020). Don was predeceased by his parents, Don L. and Marie Iaccheri, his sister Barbara Airey and nephew Douglas Airey. Don was a Jersey Boy, born and raised. As a youngster his parents vacationed on Cape Cod where his love of the Cape began. Don went through the parochial school systems in New Jersey and eventually graduated from St. Peters College (now University) in Jersey City, New Jersey. Don and Terry married in 1971 and lived in several places including Sparta, New Jersey and Scituate, Massachusetts until they retired to Brewster, Massachusetts 18 years ago. Before retiring Don was a Senior Vice President in Corporate Trust for several major banks in the financial districts of New York and eventually Boston. Besides his wife Terry, Don is survived by his sisters children, niece Barbara Weinberg and husband Ronald. His devoted nephews William, Michael and John Airey and their spouses, Stephanie, Denise and Michelle along with 11 Grand Nieces and Nephews all of New Jersey and Virginia. In addition brother-in-laws Peter Gati, Frank Gati, his wife Donna and their children Frank, Christopher and beloved niece Allison. In addition predeceased by his sister-in-law Lucretia Hamilton, wife of brother-in-law Thomas Hamilton, Nephews John and Victor Hamilton and their spouses Kate and Erin plus 4 Grand Nieces, all of New Jersey and Texas. Also the many Gati Cousins. Terry would like to thank the special nurses in the Cardiac ICU at Cape Cod Hospital for their wonderful care and Dons personal Cardiologist Dr. Lawrence McAuliffe for being there. Lastly, the love and support of Terrys Town of Brewsters work family. A future memorial celebrating Dons life will take place in the summer. For those wishing to make a donation in Dons memory please consider the Town of Brewster Fire/Rescue Association, 1671 Main Street, Brewster, MA 02631. For extended obituary and online guestbook please visit: www.nickersonfunerals.com.
Published by The Cape Codder from Feb. 19 to Feb. 26, 2021.
To plant trees in memory, please visit our Sympathy Store.
MEMORIAL EVENTS
To offer your sympathy during this difficult time, you can now have memorial trees planted in a National Forest in memory of your loved one.
MAKE A DONATION
MEMORIES & CONDOLENCES
0 Entries
Be the first to post a memory or condolences.