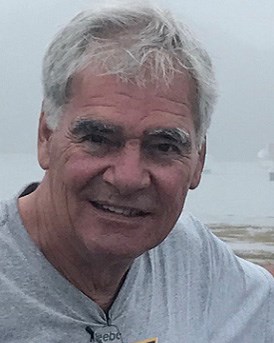 BORN
1947
DIED
2021
FUNERAL HOME
Chapman Funerals & Cremations - Marstons Mills
3778 Falmouth Road
Marstons Mills, MA
Richard "Dick" Arlie Kraus, 1947-2021. The tide was high and the wind roared from the Northwest on the day that Dick Kraus moved on from the physical world. He would have been worrying about the shellfish and his many friends whose living depends on them. His life was filled by family, friends, and aquaculture. He has left a legacy on Cape Cod, where he was raised and spent most of his life, being the driving force behind Aquacultural Research Corp. (ARC) in Dennis. He and his ARC partners raised the level of shellfish farming in Massachusetts and the Northeast to a major industry. Along the way, he mentored two generations of farmers to be successful in their own oyster and clam businesses. His knowledge and intuition of all things marine was legendary. He was the glue that tied the Cape Cod shellfish community together. Dick's aquaculture work took him on many adventures and fostered friendships from North America to South Africa where he helped create thriving shellfish programs. His family was of utmost importance to him. He imparted his love in the discipline of science, observation of nature, and the never-ending quest for knowledge to his children, along with the encouragement to never give up on what you want to achieve. He was proud of his three children, William, Arleigh, and Daniel. He adored his three grandchildren, with whom he loved taking to car races and Patriots games, and just spending time with. His genuine kindness, love, and appreciation of all living things was extraordinary, most especially with his border collies. Dick enjoyed the sheep and alpacas in his yard and noted the change of seasons by the arrival of the birds that came to feed and nest at his home in West Barnstable. His family would like to acknowledge the late Steven Ross, a family friend and Holocaust survivor, who was pivotal assisting in Dick's acceptance to Boston University where he studied Engineering. His formal education and independent self-study of physics, genetics, mathematics, and engineering were instrumental in the success of his shellfish hatchery. Dick's interest in learning continued his whole life; he could be found at the kitchen table reading about quantum physics or The New Yorker magazine. His wife of 30 years, Lynn, calls him her hero. She and his family saw him stoically struggle with constant physical pain, as he persevered to maintain a farmer's 24/7 schedule. Others called him "larger than life", "a rock", "Mr. Indestructible", "deep and complicated", and in general a man who would drop everything to help anyone who asked. Dick is recently predeceased by his son William Douglas Kraus. He leaves behind his wife, Lynn Kraus, his daughter Arleigh Kraus, his son Daniel Kraus, his three grandchildren Sophia, Taj, and Ulysses, his sister and brother-in-law, Karen and Edgar Davignon, nieces and nephew; Sarah, Nick and Alexsandra, his beloved dog Spirit, two cats, sheep and chickens. Dick's love for his life's work is evident by this recent statement to a colleague, "I'm looking forward to being out on the water with you next summer." Just maybe he will be... look around and you may find him in a faded Pats t-shirt, jeans and hip boots checking on the year's seed growth. A memorial will be scheduled at a later date for family and friends to gather and tell stories about a wonderful human being. A scholarship fund is being set up in Dick's honor for students interested in marine science and aquaculture. Donations toward the scholarship can be sent to https://www. gofundme.com/f/8s29n?qid=7fce21fc7418d626040c1350e097d84e For online condolences and guest book please visit www.johnlawrencefuneral home.com.
Published by The Cape Codder from Mar. 9 to Mar. 12, 2021.
To plant trees in memory, please visit our Sympathy Store.
MEMORIAL EVENTS
To offer your sympathy during this difficult time, you can now have memorial trees planted in a National Forest in memory of your loved one.
Funeral services provided by:
Chapman Funerals & Cremations - Marstons Mills
MAKE A DONATION
MEMORIES & CONDOLENCES
Sponsored by Chapman Funerals & Cremations - Marstons Mills.
1 Entry
In loving memory of a wonderful person. He will surely be missed by many. He was such a wonderful person. I remember the first time I meet Dick. I was pregnant with my son, CJ. He's now 32 so it's been almost 33 years since our first meeting here in Atlantic, North Carolina. My dad, Joe Huber, will truly miss all the long talks him and Dick had over the last 33 years. It's hard to imagine that he's gone.
Crystal Huber Goodwin
Friend
March 10, 2021
Showing 1 - 1 of 1 results