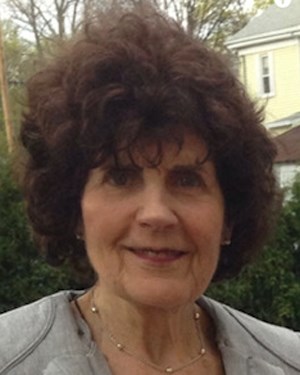 BORN
1942
DIED
2021
It is with deep regret that we announce the death of Catherine Mary Schaffer, of Brewster, who passed on August 8th, 2021. Catherine was born in Boston in 1942. She was the oldest daughter to John J. Donovan and Kathleen C. Murphy Donovan. She graduated from St. Elizabeth's Hospital School of Nursing in Brighton. After graduating, she joined the Navy as a Lieutenant Navy nurse and was stationed in San Diego. There she met her husband Mike Schaffer. The two soon married and lived in California until they settled in Mass. They celebrated fifty-two years of marriage until his death in 2019. Catherine loved her family deeply and instilled in them a love for faith in God and the church. Her passionate devotion to her faith was remarkably palpable and made an impression on all those she encountered. Catherine worked for forty years as an RN, spending many years as a compassionate and attentive labor and delivery nurse and Lamaze coach. For the final twenty years of her career, she was a middle school nurse at Old Rochester Regional. She had an innate ability to connect with the students in her care and loved the work. After retirement, she and Mike split their time between a sea captain's house in Brewster and a home in Saint Augustine, FL. Catherine was very active in the Catholic Church and the ProLife movement. Catherine was predeceased by her brother John Joseph "Jackie" Donovan Jr, who passed in 1999. She is survived by her son Michael Schaffer of Brewster and her daughters, Tara Galvin of Norwood and Katie Balger of Ponte Vedra, FL and her son in-laws, Bill Galvin and Michael Balger. She is also survived by nine grandchildren, Reid, Caroline, Greyson, Lauren, Wyatt, James, Sam, Jack and Annie. Additionally, she is survived by her sisters, Sara McFarland and her husband Ritchie, Rita Hathaway and her husband George, Patricia Casinelli and her husband Fred and Maureen Mullins and her husband Chris. She also has numerous nieces and nephews, all of whom could expect a birthday card with a personalized note and a little money for a treat. A funeral Mass will be celebrated at Our Lady of the Cape in Brewster on August 13th at 1 p.m. Burial will be held at a later date at the Massachusetts National Cemetery in Bourne. In lieu of flowers, donations can be made to St Vincent DePaul Society at Our Lady of the Cape , 468 Stony Brook Rd., Brewster, Ma. 02631. Notes of comfort may be made to Cathy's family at www.chapmanfuneral.com
Published by Old Colony Memorial from Aug. 12 to Aug. 14, 2021.
To plant trees in memory, please visit the Sympathy Store.
MEMORIAL EVENTS
Aug
13
Funeral Mass
1:00p.m.
Our Lady of the Cape
Brewster, MA
MAKE A DONATION
MEMORIES & CONDOLENCES
0 Entries
Be the first to post a memory or condolences.