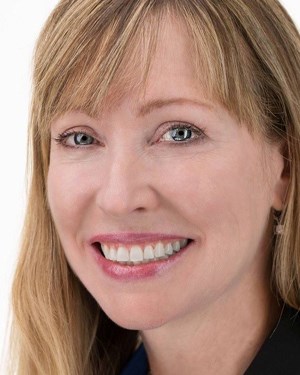 FUNERAL HOME
McEwen Funeral Home & Cremation @ Myers Park
500 Providence Road
Charlotte, NC
Eunice Catherine Cormier-Clark, 59, of Waxhaw, North Carolina, transitioned July 30, 2021. Born in Providence, November 24, 1961, Eunice was the fifth child of Richard Webster Clark and Barbara Jane (Mullen) Clark, who had seven children altogether. Eunice was distinguished by her intelligence early on when she was moved into the academically talented class at the age of 5. She completed high school in three years, graduating Andrew Ward High School in Fairfield Ct. with her older brother Michael. Eunice went on to pay her way through college, attaining her Bachelor of Science degree at Stonehill College while working full-time in the insurance industry. She was an insurance broker with PricewaterhouseCoopers and was area vice president of risk management for J. Gallagher and Co. Insurance Brokers of California and vice president of HUB International New England as well. Eunice went on to run her own business, Webster Clark Insurance Solutions, out of San Francisco and North Carolina. Eunice adored adventure, attaining her pilots license at age 16, when she began her business career in Boston, traveling on the bus with her father every morning and night. Her integrity and honesty made her a stand-out in the business world. Eunice loved travel and was an avid horseback rider. Generosity defined Eunice, who gave time, money and energy to family and friends in need, whenever that need arose, whether it was convenient for her or not. She answered her phone, dropped everything and gave wonderful, hilarious support and wisdom that saved the day. She was a fierce supporter of animal and human rights, donating to the causes and speaking out against cruelty. She loved and adored her husband Warren, their beloved dogs, Rocky and Teddy, and her stepson Daniel Cormier, his wife Jen and their children Grace and Bridget. Her siblings and friends meant the world to her. She leaves behind her husband, Warren Cormier; her siblings, John Clark and his wife Jeannine and family; Mona (Clark) Glass and her family; her late brother, Michael Clarks family; Gregory and Melissa Clark and their family; and Emily (Clark) Dravenstadt and her husband Jay Dravenstadt. She is predeceased by her father, Richard Webster Clark; her mother, (Barbara) Jane Clark; and her brothers, Stephen Richard Clark and Michael David Clark. Gifts in lieu of flowers may be made to the Humane Society or Sheldrick Wildlife Trust. Condolences may be offered at www.McEwenMyersPark. com.
Published by Old Colony Memorial from Aug. 21 to Aug. 24, 2021.
To plant trees in memory, please visit the Sympathy Store.
MEMORIAL EVENTS
To offer your sympathy during this difficult time, you can now have memorial trees planted in a National Forest in memory of your loved one.
Funeral services provided by:
McEwen Funeral Home & Cremation @ Myers Park
MAKE A DONATION
MEMORIES & CONDOLENCES
Sponsored by McEwen Funeral Home & Cremation @ Myers Park.
1 Entry
Oh Eunice- what a delight to have known your laugh. Emily and sibs, I know these things hit hard and so, just know that everywhere there are people thinking about Eunice and Michael and your parents. I am remembering (and I am surely not alone in this) the near CONSTANT laughter and hilarity that I found whenever I stopped by for a visit. What a gift to me.
Susan Shea
August 28, 2021
Showing 1 - 1 of 1 results