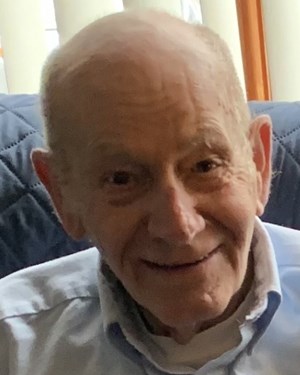 BORN
1943
DIED
2021
ABOUT
Weymouth High School
Kenneth (Ken) Winston Taber, 78, of Plymouth, passed away on August 21, 2021, in Plymouth. Ken was born in Weymouth, Massachusetts to Edward and Alice (Smith) Taber on March 31, 1943. He graduated from Weymouth High School, was a veteran of Vietnam serving in the Air Force and later graduated from Framingham State College with an associate degree. He married Carol (Nickerson) on January 29, 1977. Ken owned and operated Taber Painting Company in Plymouth for 35 years. He served on many boards and committees including the American Red Cross, Plymouth Beach Advisory Committee, and was a member of Tri-Ad. Ken was a past president of the Massachusetts Beach Buggy Association. More recently he volunteered with the Friendship Club at Pinehurst Mobile Park serving monthly breakfasts and dinners, ice cream socials and his favorite, the Wednesday Sandwich and Soup Kitchen. With the Friendship Club he also helped with fundraisers and charitable giving. He was a lifelong Red Sox and Patriots fan. Ken took pride in his many hobbies, some of which included collecting lighthouses and antique glassware. He loved recreational activities such as camping, fishing, and the Plymouth Arts Concerts. Ken was a people person who especially loved telling stories and spending time with his grandchildren in their many activities. Ken is preceded in death by his parents and sister Helen (Taber) Baker. Ken is survived by his wife Carol (Nickerson), his son Kenneth, and daughters Helen, Tammy, Robin (Taber) Trask and Kendra, and sister Gloria (Taber) Smith. He also leaves behind seven grandchildren, many nieces, nephews, and good friends. Per his wishes there will be no services. He will be interred at Massachusetts National Cemetery. Donations in his memory may be made to the Nathan Hale Foundation or to the charity of ones choice.
Published by Old Colony Memorial from Aug. 27 to Aug. 28, 2021.
To plant trees in memory, please visit the Sympathy Store.
MEMORIAL EVENTS
To offer your sympathy during this difficult time, you can now have memorial trees planted in a National Forest in memory of your loved one.
MAKE A DONATION
MEMORIES & CONDOLENCES
0 Entries
Be the first to post a memory or condolences.