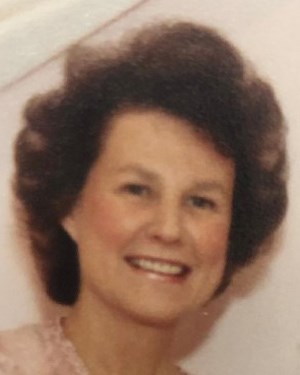 DIED
December 22, 2020
FUNERAL HOME
Holden, Dunn & Lawler Funeral Home
55 High Rock St
Westwood, MA 02090
Dorothy Irene (Bailey) Connors, 84, of Dover, passed away peacefully on December 22nd, 2020. Daughter of the late Dorothy Bailey of Dover and Lawrence Bailey; sister of Lawrence Bailey. Beloved wife of the late Robert Connors. Loving mother of George Connors and his wife Jennifer of Seabrook, NH; Robert Connors and his wife Roberta of Uxbridge; Peter Connors and his wife Kathy of Mansfield; Ellen Ringler and her husband Bill of Attleboro; late son Daniel Connors of Dover and late daughter Catherine Denty-McElhinney and her husband Dennis of Marlborough. Also survived by twelve grandchildren. Dorothy was born in Chattanooga, TN. and grew up in Miami, FL. She was a majorette in her high school marching band during halftime at the Orange Bowl. She did some modeling and worked at Southern Bell Telephone Co. Dorothy met the "love of her life" on a blind date, married and moved to New England where they settled in Dover with their six children. She was a dedicated wife and mother, treasured her children and grandchildren while embracing every moment with them. Dorothy was a homemaker, worked at DCU in Marlborough, Multibank in Dedham, several retail stores and volunteered at the Dover Clothing Exchange. Her hobbies included hiking in the White Mountains and loved entertaining for family gatherings at her home. Dorothy was kind, compassionate and always a lady and made a lasting impression with everyone she met. She will be dearly missed. Donations may be made in Dorothy's memory to the Alzheimer's Association at www.alz.org. Due to the current health concerns, funeral services and interment will be private for family only.
To plant trees in memory, please visit our Sympathy Store.
Published by The Press from Dec. 28, 2020 to Jan. 7, 2021.
MEMORIAL EVENTS
No memorial events are currently scheduled.
To offer your sympathy during this difficult time, you can now have memorial trees planted in a National Forest in memory of your loved one.
Funeral services provided by:
Holden, Dunn & Lawler Funeral Home
MAKE A DONATION
Please consider a donation as requested by the family.
MEMORIES & CONDOLENCES
Sponsored by Holden, Dunn & Lawler Funeral Home.
2 Entries
I will always remember the many cookouts she would host at her house For the whole family. Rest in peace Dorothy
Marlene Fabri
Family
December 27, 2020
She was always welcoming and never hesitated to set an extra plate for dinner. She was a wonderful person who I am sure is giving Cathy the biggest hug right now
Jolene Westerling
December 27, 2020