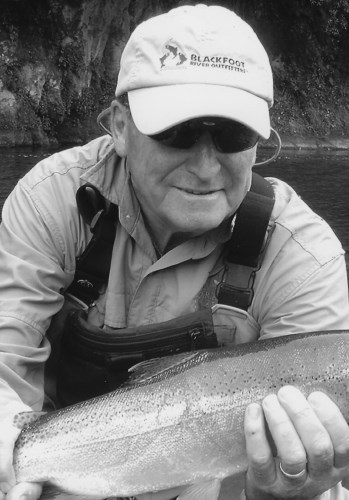 FUNERAL HOME
George F. Doherty & Sons Funeral Home
477 Washington Street
Wellesley, MA 02482
John Dale Sherratt, 82, of Sherborn, known to the world as 'Dale' and JDS, passed away peacefully on January 30, 2021, surrounded by family. Born in Edmonton, Canada of humble beginnings, Dale put himself through the University of Washington, and he began his career with Colgate-Palmolive Canada in 1962. Over the next 12 years, Dale held positions of increasing responsibilities in Malaysia, Singapore, Germany, the UK, New York and Boston, before returning to Colgate Canada as President & General Manager in 1974. He became VP of the Colgate-Palmolive Internationals Far East Division in 1976. In 1979, he became President and CEO of the Kendall Company. In 1988, Kendall underwent a buyout, and Dale continued to lead the firm as Chairman, President, and CEO until the end of 1989. Since 1990, he established Wellfleet Investments, Cambridge Nutraceuticals, Insight Resources, and IRI Realty Partners. Continuing his passion for healthcare, Dale served on the Board of Trustees of The Brigham & Womens Hospital Physicians Organization. He was also a member of the Board of the Brigham & Womens Hospital and was Chair of the Finance Committee. In addition, he served on the Board of Trustees of Massachusetts Financial Services (MFS). Dale enjoyed his fly-fishing days in New Zealand for over a dozen years, and also in Argentina and Montana. He enjoyed wine, particularly the NZ Sauvignon Blanc he had grown himself. He was grateful to have ticked off an item on his 'bucket list' by planting his own vineyard in NZ, and was very proud of producing his own JDS Riverbend Sauvignon Blanc. He loved rooting for the Boston Red Sox, NE Patriots and Boston Bruins. Furthermore, he loved golf and sports cars. Dale was known for his consideration for others. He was rarely angry with anyone. He had a genuine concern for others, and was always willing to share his time if you needed it. Anyone who knew him knew of his strong character and how much he achieved under that calm and considerate exterior. But he did not need to be loud or boastful of his own achievements. He earned our respect quietly and effortlessly, simply by how he conducted himself. Dale is survived by his loving wife of 48 years, Betty Sherratt, his children, John Sherratt, Jr. and wife Maribel Sherratt, Justin Sherratt, Lisa Laramee, sister Lois and husband John Fukushima and his grandchildren, Jordan Laramee, Morgan Laramee, and Elizabeth Chloe Sherratt. Due to the pandemic, a private funeral mass will be held at St. Theresas in Sherborn. However, a celebration of his life will be held on Cape Cod at a later date this summer. In lieu of flowers, expressions of sympathy may be made in Dales memory to a fund to be determined. Online guestbook at gfdoherty.com.
To plant trees in memory, please visit our Sympathy Store.
Published by The Press from Feb. 2 to Feb. 4, 2021.
MEMORIAL EVENTS
No memorial events are currently scheduled.
To offer your sympathy during this difficult time, you can now have memorial trees planted in a National Forest in memory of your loved one.
Funeral services provided by:
George F. Doherty & Sons Funeral Home
MEMORIES & CONDOLENCES
Sponsored by George F. Doherty & Sons Funeral Home.
2 Entries
Dear Betty, Jay and Justin and Family

I am so sorry for your loss. Dale was a great boss and friend. I am remembering him and you in my prayers. My heart goes out to you Betty and the family. As you know,, we have had a long and meaningful relationship. He was kind, loving and caring. . May you find peace at this difficult time.


Rosemary E. Finnerty
Friend
March 3, 2021
My heart goes out to Betty, her sons and Chloe for their loss. I will miss Dale’s gentle yet inquisitive nature each time he came to my office.
Coreen Williamson
Friend
February 9, 2021