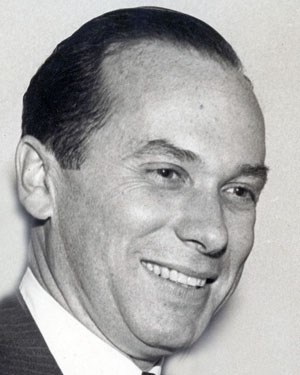 FUNERAL HOME
Chapman Funerals & Cremations - Marstons Mills
3778 Falmouth Road
Marstons Mills, MA
Russell Sage Boles, Jr. passed on peacefully at his home in Osterville, MA, at the age of 96 on February 4, surrounded by four generations of loved ones. Devoted husband of Margaret Severinghaus Boles for 67 years, beloved father of Russell Laird Boles, Elizabeth Boles Gutterson (Eric N. Gutterson), Margaret Boles Fitzgerald (Thomas P. Fitzgerald); predeceased by Douglas Luce Boles (Daralice D. Boles); nine grandchildren, their spouses, and five great grandchildren. A graduate of Haverford School 40; Princeton University 44; founding member of the Nassoons, Princetons first male a cappella small group; Columbia University-College of Physicians and Surgeons 46; served in the US Navy for two years as Medical Officer on the USS Fargo in the Mediterranean; internship at Philadelphia General Hospital; residency at University of Pennsylvania Medical Hospital; medical staff - Gastroenterology - Lahey Clinic, Boston, MA - associate of Dr. Sara Murray Jordan. He and his father, Russell Sage Boles, were the first father/son members of the American Gastroenterological Association. Fellow, American College of Physicians. Lecturer in Medicine - Harvard Medical School and Boston City Hospital. He was in private practice for 40 years affiliated with New England Baptist Hospital (NEBH), Boston, MA. He was a trustee at NEBH from 1962-1981. Notable patients included President John F. Kennedy, Joseph and Rose Kennedy, Tom and Jean Yawkey, Gene Tunney, Ted Williams, Archbishop Jacob Iakovos. In 2011, the Yawkey Foundation made a grant to NEBH dedicating the Russell S. Boles, Jr. M.D. Suite of Operating Rooms. He had a private practice on Cape Cod from 1981 - 2008, and was a consultant in internal medicine to the New England Deaconess Hospital in Boston and the Cottage Hospital on Nantucket. He retired from private practice in 2008. Dr. Boles lived a life of active Christian fellowship: serving on the Vestry at Trinity Church, Boston; as an Elder at Christ Chapel (Interdenominational), Cape Cod; and a member of Church of the Redeemer (Evangelical), Cape Cod. He was also a former trustee of Trinity Christian Academy and Latham Centers, Cape Cod. 2012 Dedication of the Russell S. Boles, Jr. M.D. Clinical Services Building at Latham Centers. In 2018 he was the recipient of the Roy T. Morgan Foundation Award for his outstanding contributions and commitment to people with disabilities at Latham Centers. A man known for his bedside manner as a doctor and for being a thoughtful listener and mentor to those blessed to have known him. He was a man devoted to faith, family, and friends. Services will be held at a later date. In lieu of flowers, contributions may be made in Russell S. Boles Jr.s name to Church of the Redeemer (Centerville); Latham Centers (Brewster); Trinity Christian Academy (Barnstable). For online condolences please visit www.johnlawrencefuneralhome.com.
To plant trees in memory, please visit our Sympathy Store.
Published by The Wellesley Townsman from Feb. 7 to Feb. 21, 2019.
MEMORIAL EVENTS
No memorial events are currently scheduled.
To offer your sympathy during this difficult time, you can now have memorial trees planted in a National Forest in memory of your loved one.
Funeral services provided by:
Chapman Funerals & Cremations - Marstons Mills
MAKE A DONATION
MEMORIES & CONDOLENCES
Sponsored by Chapman Funerals & Cremations - Marstons Mills.
6 Entries
Dear Boles family,
Thinking of you and wishing you peace and comfort as you remember your beloved Russell, husband and father. Always kind and caring, he will be very much missed and forever loved.
My heartfelt sympathies to you all at this time.
Nina Warner
February 9, 2019
To the entire Boles family, Dr. Boles was a kind and generous man, who served his community, with love and compassion. As an elder when I first attended Christ chapel, he was warm and inviting and it was a joy to sing in the choir with him and Mrs. Boles and hear his warm rich deep voice. When I faced a life threatening health crisis in 2002 he came to visit me and to offer prayer and encouragement in that difficult time. I hope and pray that as you all grieve his passing that you will be encouraged by the hope and faith that Dr. Boles had in our Lord and Saviour Jesus Christ and that you will have peace and comfort during this time.

God's peace
Trish Burdick-Sameier
Patricia Salmeier
February 7, 2019
Offering my condolences to the loved ones. "May mercy and peace and love be increased to you."- Jude 2
February 7, 2019
Dear Mrs. Boles, Liz, Margaret, Laird and family,

Dr. Boles led an inspiring, beautiful and faith-filled life in his journey as a physician, a husband, father, grandfather and great grandfather. His legacy will continue to shine a light in this world through all of you his family. Prayers and blessings for you.
Mary Ellen Washienko
Mary Ellen Washienko
Friend
February 6, 2019
Sorry for your loss. Take time to grieve and find comfort in knowing that God is near to all those calling on him. Psalm 145:18
February 6, 2019
My Condolences To The Family;
I'm so sorry for your great loss. May the God of all comfort be with you all during this difficult time.
February 6, 2019
Showing 1 - 6 of 6 results