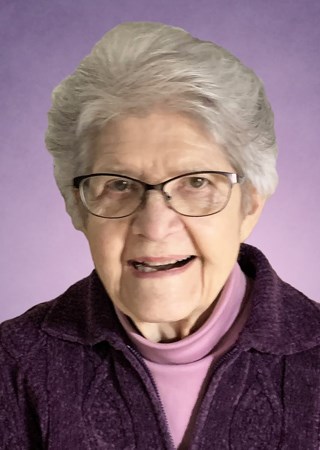 WINONA - Betsy Ann (Boettcher) Sawyer, 90, died on Saturday, May 29, 2021, at Sugar Loaf Senior Living with her daughters at her side.

She was born to Theodore and Elizabeth (Roebuck) Boettcher on January 11, 1931, in Lancaster, Pennsylvania. Her family moved to Minnesota in 1941. Several years later, while attending the University of Minnesota, she met S.A. "Jim" Sawyer from Winona. They married in 1950 and moved to Winona when Jim finished law school.

Betsy was involved in many arts, learning and community service groups during her 68 years in Winona, including First Congregational Church, P.E.O. Chapter CS, Portia Club, and Women's Art Class. She was an avid bridge player and supporter of the Winona Historical Society, Marine Art Museum and Great River Shakespeare Festival.

She was preceded in death by her parents, her husband in 1995, and her sister Alma, who died in March. She is survived by her daughters: Susan (Charles) Evans of West Salem, WI, and Jane (David) Strub of Hugo, MN; son, James (Kieron Bery) of Soquel, CA; and grandsons: Theodore and Jamison (Nika). She is further survived by bonus grandchildren: Todd Evans and Shalli (Jason) Henson; and great-grandchildren: TJ and Haley Henson, and Evan and Mason Smith.

Special gratitude to the staff at Sugar Loaf Senior Living for their extraordinary care as Parkinson's Disease took its toll on her body, the pandemic further limited her world, and her spirit finally slipped away.

Memorials may be given to The Michael J Fox Foundation for Parkinson's Research, First Congregational Church, Winona Hospice, or donor's choice.

To plant trees in memory, please visit our Sympathy Store.
Published by Winona Daily News on Jun. 20, 2021.
MEMORIAL EVENTS
Jun
26
Memorial service
11:00a.m.
First Congregational Church
, Winona, MN
Funeral services provided by:
Fawcett-Junker Funeral Home & Cremation Services
MAKE A DONATION
Please consider a donation as requested by the family.
MEMORIES & CONDOLENCES
Sponsored by Fawcett-Junker Funeral Home & Cremation Services.
3 Entries
Jane and Susan, you know how much I loved you mom. I was blessed to know her. My best wishes to you both and you brother!!
Heidi Lewis
Work
June 22, 2021
Deepest condolences from the Murphys. Your mom was such a good friend to ours--they had much fun together.
Brigid Murphy
Friend
June 21, 2021
Betsy was a nice lady. I met her when I did home health care for Betty, her mom. Both were good people.
Geralyn La Rocque
Work
June 20, 2021
Showing 1 - 3 of 3 results