HOKAH, Minn. -- Harley "Jim" Kuhlmann, 94, of Hokah was called to his Heavenly home Monday, Nov. 23, 2020, with his wife by his side, at Valley View Healthcare in Houston, Minn. He was born Oct. 2, 1926, at home in Carpenter, Iowa, to Hans and Cora (Carlsgaard) Kuhlmann. He was baptized as an infant and confirmed in 1940, at Deer Creek Lutheran Church in Iowa. He was a long-time member of Zion Ev. Lutheran Church in Hokah, holding several office positions over the years.

Harley was a World War II Veteran. He enlisted in the U.S. Navy in 1944, at the age of 17, two days after graduating from high school. He married Audrey Nunemacher, after a seven-year courtship, and the were together for 67 years. Harley drove truck for his brother, was employed at La Crosse Rubber Mills, worked for the Bridge and Building Crew for Milwaukee Railroad, worked for 19 years at Trane Company, and several years at Midwest Gas Company, both in La Crosse, owned and managed Hokah IGA grocery store. He also had part time jobs at Hokah Cheese Factory, Bailey Paper, Inc., and Ready Bus Company, both in La Crescent. After his retirement he did meat cutting for Quillins Grocery Store in La Crescent.

He was a council member for Hokah and also a two term Mayor, during the Como Park restoration. He enjoyed horses, owning several with his daughter, Wanda. He loved a good game of cards. He was a fan of the Green Bay Packers, New York Yankees and Minnesota Twins. He enjoyed watching movies with his family and grandkids. Westerns were his favorite, especially John Wayne movies. He also enjoyed Christian movies.

A public visitation will be held from 4 to 6 p.m. Friday, Nov. 27, at the Schumacher - Kish Funeral Home, 200 West Ave. S., La Crosse. Facial coverings are required and social distancing guidelines will be enforced. A private funeral service will be held at Zion Ev. Lutheran Church in Hokah. Pastor John Unnasch will officiate. Burial, with military honors, will follow in Mt. Hope Cemetery.

To plant trees in memory, please visit our Sympathy Store.
Published by Winona Daily News on Nov. 26, 2020.
MEMORIAL EVENTS
Nov
27
Visitation
4:00p.m. - 6:00p.m.
Schumacher-Kish Funeral and Cremation Services - La Crosse
200 West Avenue South, La Crosse, WI 54601
Funeral services provided by:
Schumacher-Kish Funeral and Cremation Services - La Crosse
GUEST BOOK
5 Entries
Audrey and family, we are so sorry for all of you. Jim leaves behind a beautiful family and 94 years of memories. Hope they give you some comfort and peace . Thoughts and prayers are with you, sorry we cannot be. Love Pete and Karen
Karen and Pete Dickes
Family
November 28, 2020
Audrey and family, I am so sorry for loss of Jim. May he Rest In Peace.
Charlet Sperbeck
Friend
November 27, 2020 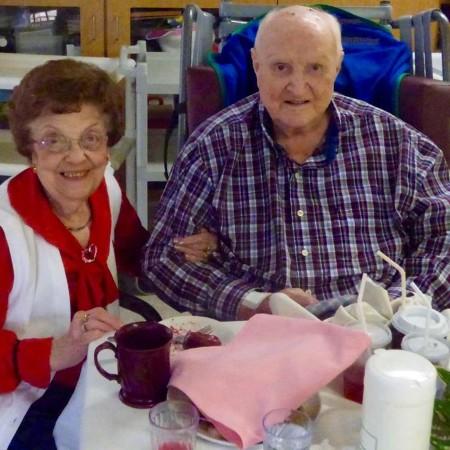