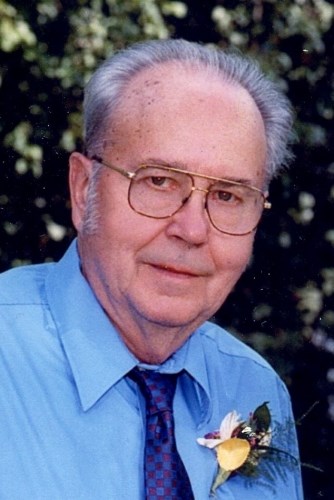 Harry Jacob was born Feb. 25, 1927, in Dodge, Wis., to Carl and Mary (Kupferschmidt) Wagner. On June 6, 1953, he married Ardyth M. Fakler at St. Martin's Ev. Lutheran Church, Winona. Together they raised four children, Susan, David, Brent, and Steven. He served as PFC in the U.S. Army during World War II from 1945 to 1947 and was honorably discharged.

Harry was a life-long area resident. He was formerly employed as a mechanic at Owl Motor/Tousley Ford, Winona and then in 1969 he became an automotive instructor at SE Technical College, Winona. He retired in 1989 after 20 years of teaching. Harry had a life-long love of most things mechanical, especially cars and enjoyed helping his sons and friends with their various projects, tinkering with cars and fixing things. He was affectionately known as "Ace" by his family and many friends.

He was preceded in death by his parents; two grandsons, Jacob Wagner and Daniel Wagner; a sister, Magdalen Wagner; and a brother, Carl Wagner.

Funeral services will be 1:30 p.m. Saturday, April 3, at Fawcett Junker Funeral Home, Winona. Entombment will be at Woodlawn Cemetery, Winona. Visitation will begin at 12 p.m. Saturday at the funeral home.

Memorials can be directed to Winona Area Humane Society or the donor's choice.

Services entrusted to Fawcett Junker Funeral Home & Crematory, Winona, and Fountain City, Wis.Words of sympathy or remembrance may be left at www.fawcett-junkerfuneralhome.com.