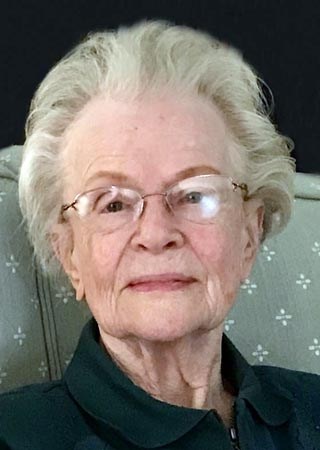 Lillian Jean Ipsen, 95, of Winona, Minnesota and formerly of La Crosse, Wisconsin, passed away on June 11, 2021 at St. Anne of Winona. Jean was born February 13, 1926 in Cortland, New York, to the late Robert and Mildred (Cash) Cobb. She graduated from Johnstown High School in Johnstown, New York in 1943.

On November 23, 1946, she married Wilbert J. (Bill) Ipsen, and moved to his home town of La Crosse in 1950. While Jean dedicated the early years of her marriage to raising her family, later she also worked outside the home and retired from La Crosse Footwear.

Jean and Bill had been married over 72 years when he passed away in 2019. Jean is survived by three sons: John (Jane Petersen) of Madison, Wisconsin, James (Debra) of Pleasant Prairie, Wisconsin, Joseph (Susan) of Orfordville, Wisconsin; two daughters: Jeanine (Clifford) Black of Winona, Minnesota, and Kathleen (Scott) Zierath of Decorah, Iowa; eight grandchildren and five great-grandchildren, as well as many nieces and nephews.

Jean was also preceded in death by her brother Richard Cobb and sister Janice Carelli.

There will be a private family service. In lieu of flowers, the family suggests memorials to Winona Area Hospice, 855 Mankato Ave, Winona MN 55987. 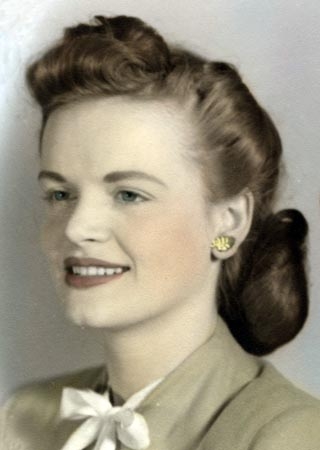 Published by Winona Daily News on Jun. 16, 2021.
To plant trees in memory, please visit the Sympathy Store.
MEMORIAL EVENTS
To offer your sympathy during this difficult time, you can now have memorial trees planted in a National Forest in memory of your loved one.
Funeral services provided by:
Fawcett-Junker Funeral Home & Cremation Services
MAKE A DONATION
MEMORIES & CONDOLENCES
Sponsored by Fawcett-Junker Funeral Home & Cremation Services.
4 Entries
So sorry for your loss! I remember both parents fondly! I loved the big maple tree and apparently your mom's tulips. She would always tell me the story of I stole some of her tulips (from the root!!) and followed the dirt trail to my house a couple doors down. I gave them to my mom, so she wasn't too upset! I always loved her red hair too! RIP Mrs Ipsen
Laura Lysaker
June 17, 2021
So sorry to hear of Jean's passing. She was the families rock on earth and now will join Poopsie in a place of less stress and strife and continue to to be the moderation force. She will be missed for sure, but always remembered. Our prayers are with you all.
Bruce & Meri Sue Erdmann
June 17, 2021
John, Jim, Joe, Nini and Kath, My deepest condolences on the loss of your mother. She was like a second mother to me, and the type of Mom everyone wishes they had. She will be fondly remembered and deeply missed. My thoughts and prayers are with you in this difficult time. Rest In Peace, Mama Jean... Joey (Van Us) Stark
Joey Stark
Friend
June 16, 2021
I loved Bill and Jean. They were super people! May God bless you and your family in this time of sorrow.
Kathie Vongroven
Friend
June 16, 2021
Showing 1 - 4 of 4 results