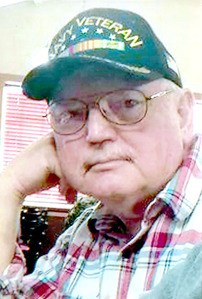 Maurice (Moe) George Lamontagne, aged 74, born in Middletown, CT on April 4, 1946, passed peacefully at his Winston-Salem, NC home on Sunday, Sept. 20, 2020. He was a Vietnam veteran in the US Navy aboard destroyer ship USS Glennon, recipient of the National Defense Service medal. He served as a police officer and he retired a skilled tool & die maker. He served as union president at Hartford Ball Bearing and as Homeowner Association president. He volunteered transporting fellow veterans to/from the VA hospital. He was an experienced CPR instructor who volunteered at the Red Cross. He had used the skill to save 3 others. He enjoyed the sport of golf. He was a loyal NY Giants football fan and NY Yankees baseball fan.

2849 Middlebrook Drive
To plant trees in memory, please visit our Sympathy Store.
Published by Winston-Salem Journal on Sep. 28, 2020.
MEMORIAL EVENTS
No memorial events are currently scheduled.
To offer your sympathy during this difficult time, you can now have memorial trees planted in a National Forest in memory of your loved one.
Funeral services provided by:
Frank Vogler & Sons
GUEST BOOK
0 Entries
Be the first to post a memory or condolences.