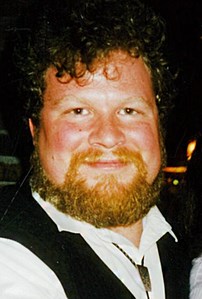 Christopher Kevin Bragg, 56, of Winston-Salem, NC and formerly of Boone, NC, passed away on September 13, 2020 at Davie Nursing and Rehabilitation Center in Mocksville, NC.

He is preceded in death by his mother, Nancy Neese Bragg, of Winston-Salem, NC.

As a young man, Kevin was a gifted athlete in soccer and gymnastics. He graduated from Appalachian State University in 1991 with a BS in psychology. He had a gift for working with special populations and was a dear friend to all of his clients. Kevin also earned his certification as a Montessori school teacher and was a lifelong educator. He had a huge joy for life, and could make anyone laugh. He enjoyed cooking, baking bread and making beef jerky with his signature recipes. For exercise, Kevin loved roller skating and swimming. Later in life, he embraced drawing and painting, and had a solo show of his work in Winston-Salem in 2015.

More than anything, Kevin was a very proud and loving father to his daughter, Burtie, who will continue to live her life inspired by his fun and adventurous spirit.

A private celebration of his life will be held in the future. In lieu of flowers, the family is asking that donations be made to Group Homes of Forsyth (Springwell Network, Inc.), 3820 North Patterson Ave., Winston-Salem, NC 27105 or to Davie Nursing and Rehabilitation Center, 498 Madison Rd., Mocksville, NC 27028.

Online condolences can be made with Frank Vogler & Sons at www.frankvoglerandsonsclemmons.com.

Frank Vogler & Sons Funeral Home
To plant trees in memory, please visit our Sympathy Store.
Published by Winston-Salem Journal on Sep. 16, 2020.
MEMORIAL EVENTS
No memorial events are currently scheduled.
To offer your sympathy during this difficult time, you can now have memorial trees planted in a National Forest in memory of your loved one.
Funeral services provided by:
Frank Vogler & Sons
GUEST BOOK
1 Entry
To Birdie, Allie, Susan, the Bragg, and the Foster families,

My memories of Kevin Bragg do not compare to your own, and I am so sorry for your immense loss. My memories of Kevin are brief and speckled with years, but also warming and joyful.
I was fortunate enough to grow some of my years close to one of the places Kevin called home, which is also where his beloved Burtie was born. My family lived on the other side of a sloping street, and we would walk over the crest many evenings, and then towards his home on Westover Avenue. It wasn’t more than 200 yards, but I recall the intense anticipation of coming close enough to his home and then, awaiting his mountainous arrival.
I was old enough to know his intentions; tender and wholesome. My younger brother though, was still too young to foresee, or to understand Kevin’s light-hearted game. My brother would be frightened and scared, even sometimes crying when the roars came out from the door, to the yard, and then to our feet. But Kevin, of course, would bend gently, reigning in the gentle beast, and kneel close to the stroller to console my brother, afraid that his trick was too much.
By the time we moved away, my brother also had grown wildly fond of the game, even looking for Kevin first in the neighborhood hide-and-seek games, as well as insisting that we go the long way past his house in hopes of being surprised on those evening walks.
It hurts to hear we lost a constantly youthful and joyful part of our own small world, but I revel and laugh in the fact that he will always be waiting to surprise us with a giant growl and an ever greater heart, as soon as we come over that next hill.
Tyler Alford
Friend
September 16, 2020