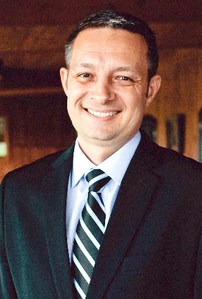 Laurel Fork, Virginia: Alan Patrick Herring, 47, went to be with his Lord on Sunday, May 16, 2021 after a UTV accident at his new cabin home in the mountains of Virginia. Alan loved others, especially those in need, those who were hurting, or going through difficult times. He would reach out with a call or message letting them know that he was thinking about them and was there for them if they needed anything. To those who experienced this, you know that this was a true ministry. Alan loved dogs. He often spoke of their unconditional love. Alan loved flying ever since his dad took him up on his first flight and let him take the controls. A pilot, he worked his way through the ranks from fueling planes, to instructing and managing, to corporate with NetJets, and then to JetBlue Airlines. Alan loved riding motorcycles. He said it was the closest to flying while staying on the ground. Alan loved the mountains. He was drawn to them and rode them every chance he got. We were, of course concerned about his safety, but he always told us that if anything happened to him, for us to know that he died happy, doing something he loved. Alan is survived by his beloved mother, Barbara Patrick Herring; his admiring father, Charles Tyndall Herring Sr. his wife and Alan's proud stepmom, Connie; and loving brother, Charles Tyndall Herring Jr. Alan is also survived by uncles, aunts, and cousins: Mary Lou Herring, Lou, Chip, and Allison, Wayne & Margene Patrick, Heath, Taylor, Brett, Royce and Sue Patrick Hamm, Patrick and Dillon, and Xan and Christy Clark Brigman, with whom he formed sibling bonds. He is also survived by his best friend who was like a brother, Trey VanBenthuysen. Alan is predeceased by his grandparents, Reverend C.L. and Clara Smith Patrick, James Clifton and Irene Tyndall Herring; and his uncle and aunt, Ray and Becky Patrick Clark; cousin LuRae Clark Tyndall; and his uncle Dr. James Clifton Herring, Jr. A native of Kinston, North Carolina, Alan graduated from North Lenoir High School and completed his secondary education at Auburn University in Auburn, Alabama where he majored in his love of aviation. A service to celebrate and remember Alan's life will be held 2 PM Saturday, June 5th, at Free Union Original Free Will Baptist Church, 2573 Firetower Road, Walstonburg, North Carolina. The family will receive friends immediately following the service. In lieu of flowers, contributions in Alan's memory are encouraged to your favorite animal rescue organization, the Free Will Baptist Children's Home in Middlesex, NC, the Masonic Home for Children at Oxford, NC, and Cragmont Assembly in Black Mountain, NC. Online condolences may be expressed at www.taylor-tyson.com

117 NW Third St, Snow Hill, NC 28580
Published by Winston-Salem Journal on May 30, 2021.
To plant trees in memory, please visit the Sympathy Store.
MEMORIAL EVENTS
Jun
5
Service
2:00p.m.
Free Union Original Free Will Baptist Church
2573 Firetower Road,, Walstonburg, NC
Funeral services provided by:
Taylor-Tyson Funeral Service
MAKE A DONATION
MEMORIES & CONDOLENCES
Sponsored by Taylor-Tyson Funeral Service.
2 Entries
I just learned about Alan´s death today. I taught him in 2nd grade and remember him so well as a kind person. Thoughts and prayers are with the family.
Beth Holder
July 14, 2021
My deepest condolences to the Herring family. Though I didn´t know Alan personally I am a friend of his brother Charles who is an outstanding individual. From my interaction with Charles I know he has a loving family and the loss of Alan hurts deeply. But know that Alan lives on in the hearts and minds of the people he´s touched and the wonderful memories of him. May God bless and keep you in his loving and healing arms.
Michael Clements
May 31, 2021
Showing 1 - 2 of 2 results