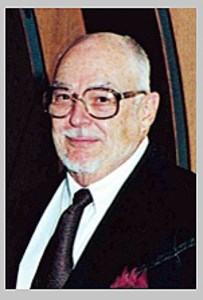 Bryce proudly served in the United States Marine Corps as a gunnery sergeant, fought in the Korean war and received two Purple Hearts. He attended William and Mary College and graduated with a bachelor of science in architecture. He worked at Ray Troxell Architecture firm and retired after thirty years of service.

Bryce most recently lived at Walnut Ridge Assisted Living in Walnut Cove and was loved by those who cared for him. He enjoyed traveling, fishing and camping and building boats, planes and trains.

A walk through visitation will be held on Friday, January 29th from 4-8:00 PM at Salem Funeral & Cremation Service Reynolda Chapel, 2951 Reynolda Rd., Winston-Salem, NC 27106. A burial will be held at Salisbury National Cemetery on Friday, Feb. 5th at 1:00 PM. Online condolences may be made at www.salemfh.com. In lieu of flowers, memorials may be made to Wounded Warriors Project, P.O. Box 758516, Topeka, Kansas 66675-8516.

Salem Funeral & Cremation Service
To plant trees in memory, please visit our Sympathy Store.
Published by Winston-Salem Journal on Jan. 27, 2021.
MEMORIAL EVENTS
Jan
29
Visitation
4:00p.m. - 8:00p.m.
Salem Funerals & Cremations - Reynolda Rd.
2951 Reynolda Rd., Winston-Salem, NC 27106
Feb
5
Burial
1:00p.m.
Salisbury National Cemetery
Funeral services provided by:
Salem Funerals & Cremations - Reynolda Rd.
GUEST BOOK
2 Entries
So sorry for your loss. Elaine and I cleaned his home for many years and he had lots of interesting stories to tell. Always enjoyed his tales of the life he lived. Thoughts and prayers to the family.
Linda Woosley
January 27, 2021
So sorry for your loss. I have many childhood memories of Mr Gentry. My thoughts and prayers are with you and you family.
Missy Spaugh Klutz
January 27, 2021