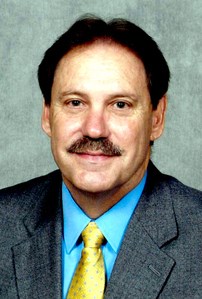 Jerry Bervard Lewis, 70, passed away on February 13, 2021 at Forest Heights Senior Living. He was born in Winston Salem on April 27, 1950 to the late Lester and Mozelle Lewis. He grew up in Walkertown where he lived his entire life. Jerry graduated from Rowan Technical Institute with a degree in Fire Science. He retired from Forsyth County Fire Department in 2000 after 30 years of service. Jerry served the citizens of Forsyth County in several roles and ultimately retired as the county's first Fire Administrator. He was a lifelong member of Oak Grove Moravian Church where he served in numerous ways. He particularly enjoyed singing in the choir and helping with the graveyard. After retiring, he focused on helping and spending time with family and friends. Jerry was always there to serve others. He was preceded in death by his parents and his first wife of 32 years Janet W. Lewis. He is survived by his wife of 10 years, Tammy P. Lewis; a son and daughter-in-law, Michael P. Lewis and Margery R. Lewis; 2 granddaughters, Olivia R. Lewis and Morgan E. Lewis and his brother, Dennis A. Lewis. To ensure the safety of all, friends and family may pay their respects at Salem Funeral Home at 2951 Reynolda Rd. from 12pm to 7pm on Tuesday, February 16th. A graveside service will be held at Oak Grove Moravian Church at 120 Hammock Farm Rd. on Wednesday, February 17th at 2pm. In lieu of flowers, memorials may be made to The Forsyth County Firefighters Association or Oak Grove Moravian Church. The family would like to thank Trellis Supportive Care for their assistance and support. Online condolences may be made through www.salemfh.com