STOCKFISH WINSTON-SALEM John Arthur Stockfish August 17, 2012 John Stockfish, the original bass player for Gordon Lightfoot, a member of the legendary Lightfoot Trio passed away on Friday, August 17, 2012 of natural causes. He was 69. A self-taught musician who received further training through the Royal Conservatory of Music, John began his musical journey at a young age playing on stage with his father as a child and becoming the youngest member of the Toronto Symphony Orchestra at age 12. He toured extensively throughout Europe and North America with one of his earliest European tours as the bassist for Tommy Danton and the Echoes at age 16. For a number of years, in the early 60s, he performed for the daily CBC Music Hop show hosted by Alex Trebec, and the CTV television music show After Four. The most memorable period of his distinguished musical career began in 1965 as the bassist for Gordon Lightfoot during the renowned United Artists years. John was an influential force in music industry during the numerous concert tours and recording sessions completed in Nashville and New York. The Guess Who paid tribute to John by naming him in their song "Lightfoot." He will always be remembered for his familiar bass playing on "Sundown," Gordon Lightfoot's most successful U.S. single which topped the charts at number one in 1974. In 1969, John moved to New York where he lived, recorded, and performed with the late Jim Croce. This included appearances on both the Mike Douglas Show and the Today Show at the outset of Croce's career. In the early 70s, John continued his musical career as the bassist for Dan Hill on his first RCA recording sessions and for Tommy Hunter, performing in both the Canadian and European tours, as well as on the Tommy Hunter television and radio show on CBC. His career continued as a musical director and consultant for numerous television and radio productions as well as music publishing in Nashville, Tennessee. John is survived by his children Will Stockfish of Winston Salem, Sheri Stockfish, John Stockfish, and Jennifer Stockfish, all of Toronto, four grandchildren Marlee, Travis, Nathan, and Mia, and four surviving siblings George, Bill, Gordie and Darlene. A private family funeral will be held on Friday, August 31st, at 11:00 am at St. Peter's Erindale Anglican Church in Mississauga, Ontario, Canada. In lieu of flowers, donations can be made to ABC of NC Child Development Center in Winston Salem, NC or the Royal Conservatory of Music in Toronto, Ontario.

To plant trees in memory, please visit our Sympathy Store.
Published by Winston-Salem Journal on Aug. 27, 2012.
MEMORIAL EVENTS
No memorial events are currently scheduled.
To offer your sympathy during this difficult time, you can now have memorial trees planted in a National Forest in memory of your loved one.
MAKE A DONATION
MEMORIES & CONDOLENCES
14 Entries
Years have passed, we miss our dearest friend. Stu & Sharon.
Stu & Sharon Barnhart
Friend
August 22, 2020
Will...prayers for you and your family during this difficult time.
Mrs. LeMay (your science teacher-7th grade)
LeMay
September 4, 2012
John was very kind to me as a young man in Toronto in the early 1970's. I spent a lot of time at his house, where he would critique my early songs, and he and his wife had me over for Christmas Eve one memorable year. He was a great talent, and a good man.
Rest in Peace John......
Tom May, Vancouver, Washington
September 1, 2012
My thoughts are with all John's family today. I
have fond memories of John at get togethers with our grandparents. He was given a gift & has left us all a legacy with his music.

With Love Cousin Judy Springstead
August 31, 2012
Our thoughts are with you all,Doreen and Doug Parker(Painted Post)Darlene;Doreen would Like Contact you([email protected])
August 30, 2012
To John Jr., Jennifer, your Mom, Pat, and all of John's family my sincere sympathies for your loss. I knew you when you lived in Leaside, Toronto many years ago. My prayers and thoughts are with you and may you be comforted by fond memories and good times. Most sincerely, Gloria Sorge (formerly Myers)
Gloria Sorge
August 30, 2012 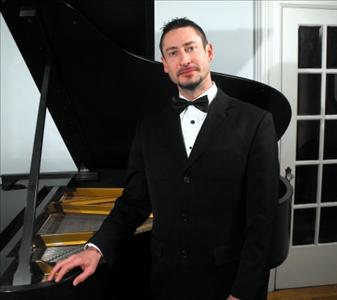 Wish you and I had met up again as adults..Rest in peace Uncle John!
Kendall Partington
August 30, 2012
My thoughts and prayers go out to the family of John Stockfish. His awesome daughter Sheri has been a great friend of mine for years. My sincere condolenses!

Laura O'Flaherty
August 30, 2012
My condolensces to the Stockfish family. I remember with fond memories working with John's father Ernie and John...both beautiful people. I will miss you John ....always.
Mark Wicken
August 30, 2012 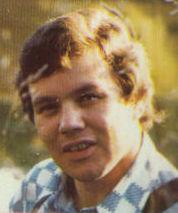