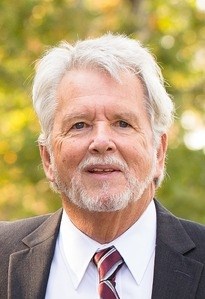 Johnny Wayne "John" Slayton, 73, died on the morning of Sunday, November 21 next to his caring wife, Sandy, at the Kate B. Reynolds Hospice Home. John had recently been diagnosed with cancer, and he lived graciously and courageously with it until the very end. He has been released from the bonds of sickness and welcomed with the warm embrace of God the Father into the Kingdom of Heaven. John was born on February 24, 1948, in Danville, Virginia to Nelson Lee Slayton and Mabel Fratinia Slayton. He served proudly and honorably in Vietnam as a United States Marine. He moved to Winston-Salem in 1977 and became a member of Reynolda Presbyterian Church, where he served in many leadership roles including deacon and elder. He worked as a letter carrier for the United States Post Office for over 30 years and could still remember the names and faces of those on his routes by simply hearing a street number and address right up until his passing. He was a poet, as known by all who received a birthday card inscription from him. He was a big fan of Bob Dylan, whom he saw in concert countless times and enjoyed quoting ("I hear a voice crying, 'Daddy,' I always think it's for me.") His bookshelves are packed with theology, which he read and debated with a charitable spirit. He was the undisputed champion of leading a rendition of "The Twelve Days of Christmas." John was preceded in death by his parents; his dear sisters, Vicki Lee Collins, and Karen Ann Clayton; and his precious niece and nephew, Jennifer Michelle Scearce and Daniel Scott Shelton. He is survived by the love of his life, his beautiful wife, Sandra Bailey Slayton; his two sons, who were his absolute pride and joy, Jason Slayton and Mark Slayton; his step-son, Chad Davis; his daughter-in-law, Alena Slayton; his grandchildren, whom he loved and especially cherished, Elliot Slayton and Juliet Slayton; his siblings, fellow marine, Keith Slayton and baby sister Lesa Slayton Shelton; sister-in-law, Marcie Slayton; brother-in-law, Dan Shelton, and numerous beloved nieces and nephews whom he made a point to give a two-dollar bill every Christmas. The family would like to acknowledge and thank the Novant Health cancer team, and Trellis Supportive Care for the loving and gentle care they provided through his end-of-life journey. A visitation will be held at Reynolda Presbyterian Church, 2200 Reynolda Road, Winston-Salem, NC 27106 on Friday, November 26, from 6:00-8:00 PM. The funeral service will be conducted at 11:00 AM on Saturday at Reynolda Presbyterian Church by Rev. Alan Wright, followed by the final commitment at Forsyth Memorial Park. The family asks that in lieu of flowers, donations may be made to Trellis Supportive Care, 101 Hospice La., Winston-Salem, NC 27103. Online condolences may be made at www.hayworth-miller.com.

3315 Silas Creek Parkway, Winston-Salem, NC 27103
Published by Winston-Salem Journal on Nov. 24, 2021.
To plant trees in memory, please visit the Sympathy Store.
MEMORIAL EVENTS
Nov
26
Visitation
6:00p.m. - 8:00p.m.
Reynolda Presbyterian Church
2200 Reynolda Road, Winston-Salem, NC
Nov
27
Funeral service
11:00a.m.
Reynolda Presbyterian Church
2200 Reynolda Road, Winston-Salem, NC
Funeral services provided by:
Hayworth-Miller Funeral Home - Winston-Salem
MAKE A DONATION
MEMORIES & CONDOLENCES
Sponsored by Hayworth-Miller Funeral Home - Winston-Salem.
8 Entries
I worked with Johnny at the Post Office, I remember a super guy with a great smile and sense of humor. My condolences to the family and prayers lifted during these trying times.
Norman Noah
November 27, 2021
So sorry for your loss. John was my mail carrier at Frame It for many years and I always found him a very nice man. I remember a lovely note from him when he retired. I was sad to hear that he suffered with cancer recently.
Jill
November 25, 2021
Worked with John for years, condolences and prays to his family and friends .He was a great guy !
Kenneth Dobbins
November 25, 2021
Sandy, I can´t believe I´m seeing this. I am so very sorry. Prayers to you and the family. Love you
Angela Crigger
November 24, 2021
I had the pleasure of working with John at Bethabara and Northpoint Stations for over 25 years. I won't be able to attend services, but I want to offer my condolences to his family and friends. I won't forget the good times we had, and the poetry he was so good at. When my youngest daughter was born in 1992, he signed the congratulatory card, "Here's praying she looks like her Mom." And thankfully she did
CHARLES RUDD
Work
November 24, 2021
Go rest high John. You always was a great man and friend to all at the post office. I am sorry for the lost of Johnny. May God keep his arms around you.
Betty Collins
Work
November 24, 2021
So sorry to hear of Johnny's passing. I will miss my FB friend of him sharing his family and himself. I know he was loved by all who ever knew him. Prayers for this family as they go down this long road ! Such a wonderful person to have known.
Linda Boaze Long
Family
November 24, 2021
Our prayers are with the family. Johnny will be missed by many.
Paul and Brenda Shoaf
November 24, 2021
Showing 1 - 8 of 8 results