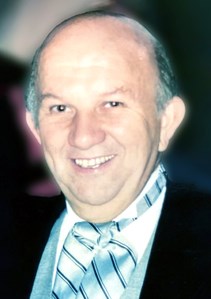 Larry was born March 14, 1940, the youngest of 4 boys, in North Wilkesboro to M.Russell and Mary Snow Billings. He graduated from Appalachian State University. After teaching history for a few years in Winston-Salem, he spent most of his career in human resources. He worked both in the private sector and the State of North Carolina, serving as Director of Human Resources for the NC Department of Transportation, where he was awarded The Order of the Longleaf Pine, recognizing his dedication and service to the State of NC. He completed his career working for Winston Personnel as an executive recruiter. He attended Calvary Baptist Church, where he spent many years assisting with Wednesday evening dinners. In addition to his parents, Larry was preceded in death by his brothers, R.J. Billings and Leo Billings.

Online condolences may be made to www.hayworth-miller.com.

Winston-Salem, NC 27103
To plant trees in memory, please visit our Sympathy Store.
Published by Winston-Salem Journal on Feb. 14, 2021.
MEMORIAL EVENTS
No memorial events are currently scheduled.
To offer your sympathy during this difficult time, you can now have memorial trees planted in a National Forest in memory of your loved one.
Funeral services provided by:
Hayworth-Miller Funeral Home - Winston-Salem
GUEST BOOK
2 Entries
Larry was indeed a second father to myself and my sister as well as our kids. He , Glenna, and Kim have been in our lives since Sherry and I were young kids and we love them as our family. We will miss Larry, "Poppsee", as my niece Mary Elizabeth, coined him- was indeed a beacon in our lives and though we all left Winston shortly after college, it wasn't a trip or a phone call to home that we didn't always ask about "Popsee" and Glenna. Larry, we love you and will always love you- Thank you for being such an incredible person- Your legend and love is always with us- now, rest our angel and know we miss you and love you- Derrick, Cater, and Caroline Sherry & Mary Elizabeth
Derrick Johnson
February 14, 2021
So sorry to hear of Larry passing. Him and Glenna were good friends of ours when we first moved in town in 1980.
Peggy Gill
February 14, 2021