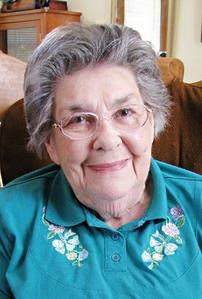 Leona Gwinn Brown, of Winston-Salem and Clemmons, NC, formerly of Daniels, WV, passed away Sunday, November 8, 2020. Leona was born at home in McKendree, WV on December 7, 1924, the daughter of Leonard C. and Minnie R. Gwinn. She was a graduate of Woodrow Wilson High School in Beckley, WV, and West Virginia University in Morgantown, WV. A lifelong believer in education and literacy, she was an avid reader and prolific writer. Many of her articles were published in Goldenseal, the magazine of West Virginia traditional life produced by the WV Department of Arts, Culture and History. She also published a book, The Gwinns of Round Bottom, which describes the history and lives of her grandfather and his ancestors and descendants. This book can be viewed, along with a Forward revised in 2000, online. Mrs. Brown will be most fondly remembered as a loving wife, mother, grandmother, and great-grandmother. Her devotion to church and family, and her loving relationships with all who met her in life, will be her abiding legacy. By profession, Leona was a teacher of elementary grades in the public schools of Monongalia and Pocahontas Counties in West Virginia. Even during retirement, she maintained warm and loving contact with her school colleagues, students, and friends. She met her future husband, Howard W. Brown, in high school. During their courtship, on her 17th birthday, Leona and Howard were sitting in the parlor of her parents' home when the radio broadcast the news of the attack on Pearl Harbor. Howard was already in the U.S. Army when they were married in Beckley, WV on February 16, 1943. The war interrupted their lives, but not their love. While Howard was in the service, Leona began her college studies at Alderson Broaddus in Philippi, West Virginia. She would not complete her teaching degree until the 1950's. Leona was a determined survivor. When she was very young, her family was terribly affected by tuberculosis, a disease for which definitive treatments would only be invented much later. Leona herself was infected in 1938, but she recovered. In later years she would transcribe and publish her father's diary, which he kept while confined in a sanitarium during the entire year of 1939. Leona was also a 30-year survivor of surgery and treatment for breast cancer. Leona was preceded in death by her parents; her beloved husband, Howard; and brothers Marshall D. Gwinn and Joel A. Gwinn. She is survived by her son Tom and daughter-in-law Donna, of Winston-Salem, NC; a brother, Jon L. Gwinn, and wife Brenda of Zellwood, FL; three grandchildren, and two great-grandchildren. A celebration of Leona's life will be held at a later date, with details as yet undetermined. In lieu of flowers or any other gifts of sympathy, the family suggests that donations in her memory be made to any worthy charitable organization that provides assistance to the sick, the vulnerable, and the disadvantaged. Condolences may be sent online at www.salemfh.com.

120 S. Main St. W-S NC, 27101
To plant trees in memory, please visit our Sympathy Store.
Published by Winston-Salem Journal on Nov. 12, 2020.
MEMORIAL EVENTS
No memorial events are currently scheduled.
To offer your sympathy during this difficult time, you can now have memorial trees planted in a National Forest in memory of your loved one.
Funeral services provided by:
Salem Funerals & Cremations - Reynolda Rd.
GUEST BOOK
5 Entries
Hey Tom I only chatted with your mom once such nice lady she was introduced to me Nelson Gwinn. She and Nelson are two cousins I will never get to meet in person.
JR
December 8, 2020
I am so sorry to hear of Mrs. Brown's passing. I did not know it. Found her obituary one month late while I was searching something on the internet. Enjoyed so much talking to her about her Gwinns of Round Bottom information. I don't think there was a 2020 Gwinn Reunion book, but I still have a 2019 to send you. I'll email for current address. God Bless you and comfort you.
Loretta Wickline Shuck
December 8, 2020
Tom, it was a blessing to get to know your mom. Her knowledge and willingness to share the family stories kept our ansestors alive in our memories. I will never forget her kindness and calming smile. I am certain Howard and Leona having a wonderfull reunion with Nelson and Ethel!
MICHAEL J GWINN
November 14, 2020
Thank you, Aunt Leona, for your kind and clever approach to life. Thank you for the books you sent every Christmas. Thank you for unconditional live. Also, thanks for always laughing at Uncle Howard's jokes. That made them even funnier.
Katrina Gwinn
November 12, 2020
Mom - you will be missed by everyone whose life you touched.
Tom Brown
November 12, 2020