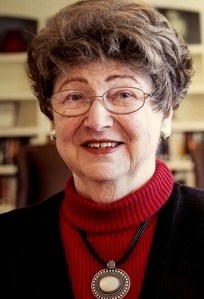 Nancy Hannah Corriher, 78, passed away after a period of declining health on February 11, 2021 at Arbor Acres Retirement Community, where she lived for the last three and a half years. She was born in Salisbury, NC in 1942 to the late Mr. and Mrs. Madison Covington Hannah, Jr. She graduated from Boyden High School in Salisbury, NC as an Honor graduate in 1960. She attended Mars Hill Junior College (at that time) from 1960 - 1962. She then transferred to Women's College in Greensboro, NC, which became the University of North Carolina at Greensboro prior to her graduation in 1964 where she majored in French. She moved to Winston-Salem and began her long career of teaching in the Winston-Salem Forsyth County Schools, where she retired after 28 years. After her second year teaching, she was one of 20 teachers who received the RJ Reynolds Tobacco Scholarship for summer study wherever they chose. Nancy attended the Sorbonne, University of Paris, where she was also able to travel to many countries of Europe and lived with a French family. Nancy was able to travel to many countries during her life. She enjoyed returning to France and Spain with her daughter, Caroline. Nancy loved learning and teaching, as well as reading and writing. She leaves behind a beloved daughter, Caroline Hannah Corriher Stresemann (Doug) of Raleigh, NC, whom she adored. She also adored her first child Matthew Creighton Corriher, who brightened the lives of many others on earth before he went to heaven in 2014. Nancy was a member of Bethania Moravian Church in Bethania, NC, very close to her home where she lived for 48 years and where both of her children were baptized. She was a devoted Christian, Baptist, and Moravian. The family wishes to thank the wonderful staff at Arbor Acres for their compassionate care and support, especially during the last year. A private service will be held at a later date. In lieu of flowers, the family requests that memorials be sent to: The Enrichment Center, 1006 S. Marshall Street, Winston-Salem, NC 27101, where the lives of many special people in Winston-Salem continue to be enriched or to the Residents' Assistance Fund at Arbor Acres United Methodist Retirement Community at 1240 Arbor Road, Winston-Salem NC 27104. online condolences may be made at www.hayworth-miller.com
To plant trees in memory, please visit our Sympathy Store.
Published by Winston-Salem Journal on Feb. 14, 2021.
MEMORIAL EVENTS
No memorial events are currently scheduled.
To offer your sympathy during this difficult time, you can now have memorial trees planted in a National Forest in memory of your loved one.
GUEST BOOK
1 Entry
My sincere condolences to the family of my former Career Center colleague! I will hold on to many fond memories of Nancy. Her professionalism and sense of humor brightened our time together. I recall the love in her voice and the gleam in her eye as she spoke of her children! She will be missed!
Kaye Henighan
February 14, 2021