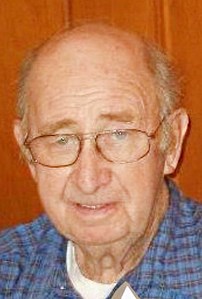 Mr. Hendrix was a veteran of the U.S. Army having served during the Korean Conflict and retired from Western Electric. He was a servant of God serving in many capacities as a member of Fork Baptist Church. He had been Chairman of the Board of Deacons and had also taught Sunday school and RA's. He had been a volunteer with Fork Fire Department and enjoyed landscaping, yardwork, farming and raising his garden. He never met a stranger and was a very loving husband, father, grandfather and great-grandfather who will be greatly missed.

In addition to his parents, he was preceded in death by six sisters, Mary Hendrix, Joyce Barney, Vernie Hendrix, Edith Long, Evelyn Fishel and Sarah Smith.

A graveside service will be conducted at 2 p.m., Sunday, November 22, at Fork Baptist Church Cemetery with the Rev. Robert Garrett officiating.

Friends may pay their respects to Mr. Hendrix at Eaton Funeral Home on Saturday from 2 p.m. to 6 p.m.

Online condolences may be made at www.eatonfuneralservice.com.