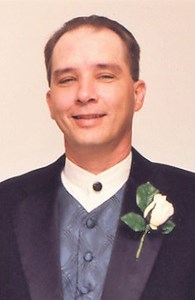 The funeral service will be held at 11 a.m. on Thursday, October 28, 2021 in the Colonial Funeral Home Chapel. Interment will follow in Mt. Bethel Christian Church Cemetery. The family will receive friends beginning at 10 a.m., Thursday at the funeral home.

Mr. Alley was born on May 30, 1957 in Guilford County. Terry was baptized on April 5, 1970 at Maple Lawn Baptist Church and was a longtime automotive mechanic. He was an avid tool and gun collector and enjoyed fishing at the coast. His greatest joy was spending time with his sons and his dog, Axl.

He was preceded in death by his father, O. Max Alley.

Colonial Funeral Home in Madison is serving the family.

Condolences may be offered at www.colonialfh.net