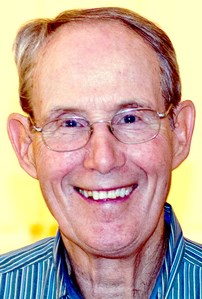 Thomas Stephen Kochy, 74, died peacefully at his home in Scarborough, ME on Wednesday, September 29, 2021, surrounded by family. Tom was born in Exeter, NH to the late Kathleen (McGaughey) and Edward Kochyon September 26, 1947. He attended St. Michael Parochial School for eightyears. He graduated from Exeter High School in 1965. Tom played many sports, but was most proud of playing on the Blue Hawks football team, which remained undefeated for three years. Growing up in Exeter he was blessed with a loving and supportive family and childhood friends who remained lifelong companions.

Tom spent two years at the United States Coast Guard Academy and later transferred to the University of New Hampshire. He earned a Bachelor of Science in Mechanical Engineering but found his love in business. He sold refrigerant and HVAC for DuPont, Weitron and EWC. He later started his own business, Kochy and Associates, where he could be his own boss.

Tom enjoyed sailing, golfing, biking, and running. He was very proud thathe completed five marathons. He was most happy when spending time with family and friends, especially for annual vacations to Wrightsville Beach, NC.

Tom was a member of First Presbyterian Church in Winston-Salem, NC. He was a Deacon and active participant in the Men's Ministry, Sunday School and Bible study groups, and Samaritan Ministries. Tom always had unabashed love and faith in Jesus Christ and the power of prayer. He was well known for having a captivating smile, welcoming nature, and a sense of humor that brightened everyone's day.

Tom's ashes will be scattered at sea in a memorial service in late spring of next year.

In lieu of flowers, donations can be made to the Samaritan Ministries—samaritanforsyth.org; or Hospice of Southern Maine—hospiceofsouthernmaine.org

Tom's family wishes to thank the nurses, chaplain, social worker, CNAs and volunteers at the Hospice of Southern Maine for the exceptional care and compassion they provided to ensure that Tom's final days were peaceful and comfortable.

PO Box 498, Buxton, ME 04903
Published by Winston-Salem Journal on Oct. 11, 2021.
To plant trees in memory, please visit the Sympathy Store.
MEMORIAL EVENTS
To offer your sympathy during this difficult time, you can now have memorial trees planted in a National Forest in memory of your loved one.
Funeral services provided by:
Chad E Poitras Cremation & Funeral Service
MAKE A DONATION
MEMORIES & CONDOLENCES
Sponsored by Chad E Poitras Cremation & Funeral Service.
0 Entries
Be the first to post a memory or condolences.