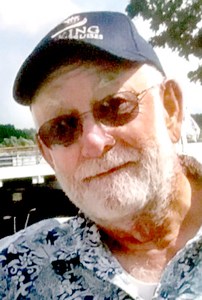 William "Bill" Stanley Banzhof, Jr. passed away Thursday, April 15, 2021 at his residence. Bill survived his beloved wife Janet, who passed in 2015. Bill was born in Allentown, Pennsylvania on April 12, 1926. As a youth, he moved to Elmira, New York, where he lived until he joined the Air Force during World War II. After the war, Bill moved back to Pennsylvania to attend Lehigh University. Bill earned a double-major in both electrical and mechanical engineering; he became a Professional Engineer after completing his studies at Lehigh. He began his career in Pennsylvania at Western Electric (AT&T), and later moved to North Carolina where he retired from his role as a senior engineer. Bill enjoyed traveling with Janet to different countries around the world. He was a decades-long volunteer in his local Boy Scout Troop 736 in various roles as an adult leader. He met his wife, Janet, of 56 years at Western Electric in Winston-Salem. Bill and Janet raised three children Frank (Daphne), Mark, and Julia (Ernie), and continued to live in Clemmons. Bill is also survived by 9 grandchildren and 4 great-grandchildren. A graveside service will be held at 2:00 PM Tuesday, April 20, 2021 at Westlawn Gardens of Memory. Online condolences may be made at www.hayworth-miller.com

3315 Silas Creek Parkway Winston-Salem, NC 27103
To plant trees in memory, please visit our Sympathy Store.
Published by Winston-Salem Journal on Apr. 18, 2021.
MEMORIAL EVENTS
Apr
20
Graveside service
2:00p.m.
Westlawn Gardens of Memory
Funeral services provided by:
Hayworth-Miller Funeral Home - Winston-Salem
GUEST BOOK
Sponsored by Hayworth-Miller Funeral Home - Winston-Salem.
3 Entries
My thoughts and prayers are with the Family.
Phil Mays
April 24, 2021
Frank , Condolence to you & the family my thoughts are with all of you.
Ann K.Dovi
April 21, 2021
Julia... My thoughts are with you and your family at this time. My deepest sympathy.
Blake Mauney
April 19, 2021