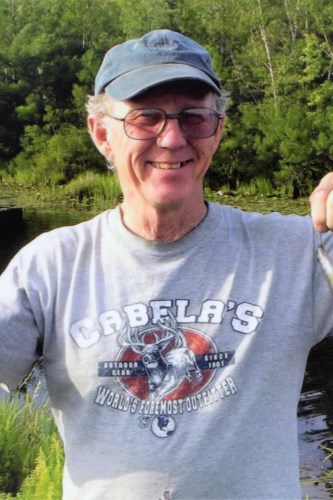 Jack was born on Aug. 18, 1947, to George and Genevieve (Craker) Maki at Hess Memorial Hospital in Mauston, Wis. He graduated from New Lisbon High School in 1966. Jack enlisted in the U.S. Navy in July of 1966 and served in Vietnam and received an Honorable Discharge in June of 1970.

On July 22, 1972, he was united in marriage to Helen G. Belk at St. James Catholic Church in Camp Douglas, Wis. They later moved to Necedah, Wis., for 20 years while Jack worked as a machinist, later returning to the family farm in the Town of Fountain. Jack also worked for Leer Manufacturing for many years as a machinist.

Fishing was one of Jack's favorite things to do in his retirement, he also enjoyed watching the Green Bay Packers and the Wisconsin Badgers, and spending time with his eight grandchildren. He enjoyed reading mystery books.

A graveside funeral service will be held at ST. JAMES CATHOLIC CEMETERY on County Rd. C, just outside of Camp Douglas, on Saturday, Sept. 26, 2020, at 11 a.m., with Father Robert Letona presiding. Full Military Honors will follow the service. Family and friends may gather at the cemetery at 10 a.m. for a time of fellowship. The Hare Funeral Home in New Lisbon is assisting the family with services. Online condolences are available at www.harefuneralhome.com.