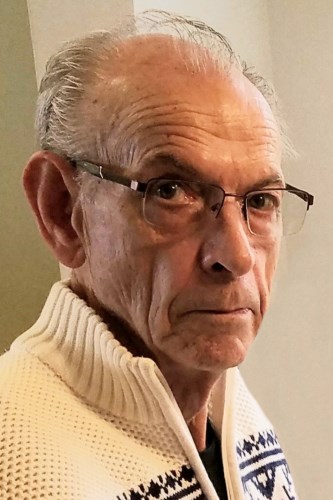 LODI - Carl Ernest Hill, 81, of Lodi, passed away peacefully at the Heartland Country Village Nursing Home on Sept. 20, 2021, where he was dealing with complications resulting from a fall on Sept. 5, just 15 days earlier. He had been in a long, 11-year battle with Parkinson's disease. Evie, his wife of 61 years, was by his side.

Carl is survived by his wife, Evelyn "Evie"; two sons, Jon and Randy; brother, Ken; and sister, Mary Ann. Carl's life was also blessed by two daughters-in-law; two grandchildren; one great-grandchild and another on the way.

Carl was born on Oct. 3, 1939, in Michigan's Upper Peninsula, the son of Ernest and Fannie (Wuotinen) Hill of Marinesco. He grew up in Dunham, a small town outside of Marinesco, and graduated from Roosevelt High School in 1957. After graduation he moved to Milwaukee, Wis., where he eventually began a career with General Motors. Carl married his high school sweetheart, Evie, on Aug. 13, 1960. In 1962 Carl joined the Wisconsin Air National Guard where he was trained as an aircraft repairman. Carl's career with General Motors led him to reside in various cities as far away as Denver, Colo. Carl and Evie moved to Waukesha, where they raised their sons, Jon and Randy. After he retired from a successful 33-year career with General Motors, Carl and Evie settled near Randy in Merrimac, Wis.

Carl was an active member of his church, and loved aviation and restoring cars. He and Evie had built many homes together over the years. His talents were unlimited.

Visitation will be held from 1 p.m. to 3 p.m. on Saturday, Oct. 2, at the LIVING HOPE CHURCH, S3963 County Highway BD, Baraboo, WI. Immediately following the visitation, a service will be officiated by Pastors Dave Bauman and Michael Dotson. Baldwin Funeral Services is assisting the family.

In lieu of flowers the family requests that you donate to the Baraboo Parkinson's Support Group: 131 Sixth St., Baraboo, WI 53913 ([email protected]). This group of wonderful Parkinson's patients and supporters were instrumental in Carl's extended battle with Parkinson's disease.