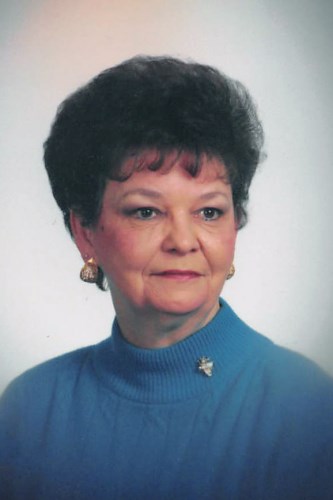 MAUSTON - Carol Hamm, of Mauston, Wis., passed away Wednesday, Sept. 15, 2021, at the age of 86. Carol died peacefully at home with her loving family by her side.

A memorial gathering will be held on Saturday, Sept. 25, at the CONWAY-PICHA FUNERAL HOME in Lyndon Station, Wis., at 11 a.m. with Pastor Roger Erdman officiating. To protect the elderly and those medically compromised, masks will be required.

Carol was born in Joliet, Ill., on Dec. 2, 1934, and was the only child of Walter and Olga (Oestry) Folk. She grew up in Lemont, Ill., where she attended Lemont High School and graduated in 1952. She married Earl Hamm in February of 1954, and the couple raised their family in Lemont, Ill. Carol also worked for many years as a secretary at Christian Brothers at Lewis University in Romeoville, Ill.

Throughout her life, Carol enjoyed cooking and baking for her family and friends. Whether she was making dozens of pizzelles and crescent cookies for Christmas Eve dinner, sharing her famous spaghetti sauce recipe, or scooping up root beer floats for her grandkids in their early days, she found joy in gathering loved ones around the table. She also enjoyed finding hidden treasures in the aisles of Home Goods and Cranberry Fest and ending a shopping outing with a Gloria Jeans iced coffee. Above all, Carol was happiest when spending time with her family. She attended birthday parties, first communions, graduations, bridal showers, weddings, and many more celebrations of her children, grandchildren, and great-grandchildren throughout the years. After she and her husband moved from Lemont, Ill., to Mauston, Wis., she continued to look forward to visits from family as well. She will be most remembered for her love of family and friends, generosity, dedication to her faith, and playful sense of humor.

The Conway-Picha Funeral Home and Crematory of Lyndon Station, Wis., assisted the family with arrangements. For online condolences and information, go to www.pichafuneralhome.com.