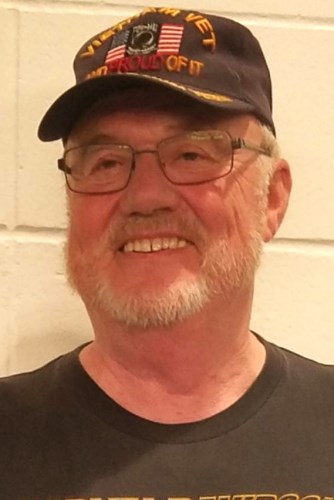 Dennis was born Oct. 6, 1948 in Waupun, the son of Eugene and Chrysanta Klapper Rechek. Dennis was a graduate of Mayville High School in 1967. He enlisted in the U.S. Army and served one tour of duty from Aug. 1969 to Feb. 1972 in Vietnam. On June 9, 1973 he married Sharon Thurk at St. Joseph's Catholic Church in Waupun. Dennis worked for "Line Clearance" for four years as a tree trimmer. In 1974 he was employed by the U.S. Postal Service where he was an officer in charge at Burnett and Doylestown. He was postmaster at Fall River and then Fox Lake from 1986 until he retired in 2003. Dennis was a life member of Veteran's of Foreign Wars and the American Legion in Horicon.

Dennis was preceded in death by his wife, Sheri Rechek; his parents, Eugene and Chrysanta Rechek; and a brother, Jerry Rechek.

Private services will be held.

Werner-Harmsen Funeral Home of Waupun and staff are serving the family. Please visit our website at www.wernerharmsenfuneralhome.com for further information and to send condolences.

To plant trees in memory, please visit our Sympathy Store.
Published by WiscNews.com on Sep. 18, 2020.
MEMORIAL EVENTS
No memorial events are currently scheduled.
To offer your sympathy during this difficult time, you can now have memorial trees planted in a National Forest in memory of your loved one.
Funeral services provided by:
Werner-Harmsen Funeral Home
GUEST BOOK
2 Entries
Our love and sympathy to your family from the Walters family. We enjoyed Dennis and Partner keeping company with Dick Walters (neighbor). ~Dick, Matt, Tyra, Rick, and Ben Walters
Matt Walters and family
Friend
September 24, 2020
Sorry Tim you have our sympathy. Take care.
Sue Beilfuss
September 18, 2020