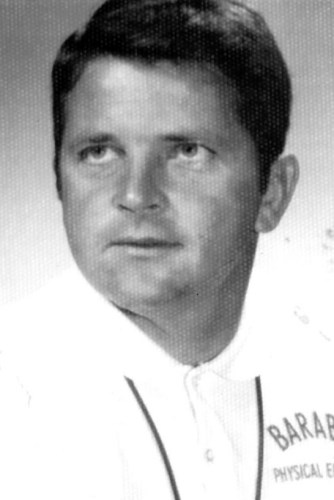 Gene was born on Sept. 24, 1935, son of John J. and Kate (Hoodjer) Harms, in Steamboat Rock, Iowa. After graduating from Iowa Falls High School, Gene went on to wrestle at Iowa State University and the University of Northern Iowa, where he received his bachelor's degree in physical education. Gene started his career in 1961 at Baraboo High School (BHS) and retired with BHS in 1994. During his time as a physical education teacher, Gene started the high school wrestling program as well as coached volleyball. Gene was a well-known and popular participant in the auction belt. He even held a couple auctions himself on the Ye Ole Plantation. He was a member of St. Paul's Lutheran Church in Baraboo.

There will be a graveside service for Gene later in 2021. The Redlin Funeral Home is assisting the family.

To plant trees in memory, please visit our Sympathy Store.
Published by WiscNews.com on Dec. 30, 2020.
MEMORIAL EVENTS
No memorial events are currently scheduled.
To offer your sympathy during this difficult time, you can now have memorial trees planted in a National Forest in memory of your loved one.
Funeral services provided by:
Redlin Funeral Home Inc
GUEST BOOK
15 Entries
So sorry to hear of Gene's passing. He was an excellent teacher, co worker at Devil's Lake and friend. He always had a kind word and a great smile. He will be missed.......
Bernie Reinfeldt
January 7, 2021
We were saddened to hear of Gene´s passing. Gene was always welcoming and a pleasure to spend an afternoon with him playing games. Our world needs many more men like Gene. We shall miss him.
Nick and Ruby Jacob
January 5, 2021
RIP Mr. Harms. Best Simon says Gym teacher ever. Coach Harms you were awesome!! Prayers to the family. 1991 Graduate of Baraboo High School.
Shannon D Kontaxis
January 3, 2021
Coach Harms was my mentor and a second father to me. He stood by me through all of my wrestling career. I stood by him through all of his coaching career.
I will miss him and love him for all he taught me about life, then and now.
My condolences to his family.

Kevin Campbell
Friend
January 3, 2021
I can still remember my first wrestling days at South Grade school in 1961, first year of wrestling at BHS. Coach Harms taught a bunch of boys the sport. We started wrestling junior Varsity teams from what ever school's Coach put together our first year, and by 1965 we were one of the top teams in the state of Wisconsin. I enjoyed staying in touch with Gene Harms as he always had a friendly smlie and was interested in my life. I will pray for Gene's sole to be at peace in heaven.
larry kreul 1961-1965
January 2, 2021
To the Harm family, Sorry for your loss. He was an awesome teacher and a compassionate man. He gave me a chance renting my first apartment and was very understanding. He will be missed.
Brian Campbell
January 1, 2021
Mr. Harms had a big impact on the Baraboo schools and community for many decades.
David Chickering and family
January 1, 2021
My thoughts and prayers go out to your family. Gene was a great man, friend and neighbor. Always willing to lend a hand he will be missed.
Tammy Boyles Moungey
December 31, 2020
Gene was a much loved, and respected fatherly figure in my life. He will be dearly missed. Gene cast a long and positive shadow for all of us. Rest in Peace Gene.
Douglas Clem
December 31, 2020
My deepest sympathies to the whole family. Between church and school, Mr Harms made a lasting impression on me and so many others. Hold your memories close. Sending prayers for you all.
Kelly (Esser) Rodenschmit
December 30, 2020
My deepest sympathies to your family. I have fond memories of Mr Harms in my childhood.
Christine Holmen Quandt
December 30, 2020
The Harms family has our deepest sympathy. Gene was a wonderful teacher , friend and role model for me. Will certainly miss him.
Tom and Linda Steinhorst
December 30, 2020
Deepest sympethy. Fond memories of wrestling days and days as a coworker at BHS. Keeping family in my prayers.
Yvonne Smith
December 30, 2020
So sorry to hear about Gene's passing. He was a good man and a great competitor. We loved the Baraboo/Sauk Prairie matches! After we both retired we sure enjoyed our less competitive friendship. Our thoughts are with all of Gene's family. Wayne and Kathy Bruno
Wayne and Kathy Bruno
December 30, 2020
Our family offers our sincere sympathy to your family. We have many happy memories. Love Marlene
Marlene Powell
December 30, 2020