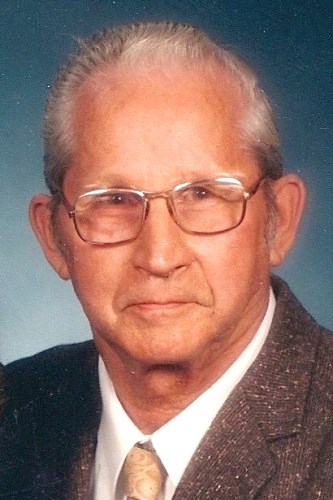 Jerry was born on Sept. 5, 1924 in Dane County, Wis., the son of Ernest and Ivah (Boness) Lynch. He was married on Nov. 22, 1947 in Pardeeville to Catherine "Katie" Wilson. She preceded him in death on May 9, 2013. Jerry was a general contractor for the United States Postal Service for 57 years. Prior to being a general contractor, Jerry worked for the Portage Water Department and was a volunteer fireman for Portage in the 50's.

A Memorial Visitation will be from 12 noon until 2 p.m. on Wednesday, Sept. 16, 2020 at the Pflanz Mantey Mendrala Funeral Home in Portage (www.pmmfh.com). Social distancing will be observed, a limit of 50 people will be allowed in the funeral home at one time, and masks will be required and provided if necessary. Inurnment will be private.

To plant trees in memory, please visit our Sympathy Store.
Published by WiscNews.com on Sep. 12, 2020.
MEMORIAL EVENTS
Sep
16
Visitation
12:00p.m. - 2:00p.m.
Pflanz Mantey Mendrala Funeral Home
430 West Wisconsin Street, Portage, WI 53901
Funeral services provided by:
Pflanz Mantey Mendrala Funeral Home
GUEST BOOK
2 Entries
Sincere sympathy for the lost of your father. May the your loving memories bring you peace. Keeping you in my prayers for God's blessings, especially at this time.
June Abegglen Gwin
September 13, 2020
I had a real fondness for Jerry! (And his wife) He was a very hard working man, and quite the character! I remember after talking to him, on whatever subject, he would start walking away, and then, turn around, and add "and stuff". My condolences to the family. I am sure he was ready to see Katie.
Jeanne Martin
September 12, 2020