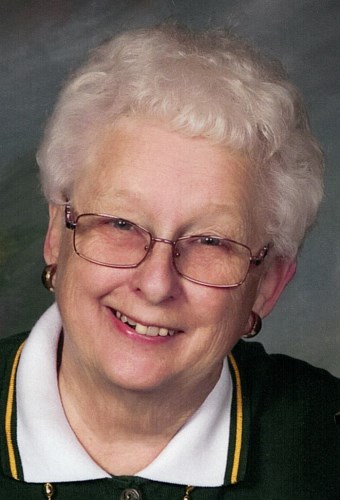 MENASHA-Gloria A. Tubbs-Kuzulka, 83, passed away on Saturday, Nov. 14, 2020. She was born March 23, 1937, daughter of the late Franklin and Florence (Wendt) Otis. Gloria was a 1955 graduate of Neenah Highschool. In June of 1955, Gloria was united in marriage with Harris Berg, and the couple had two children. They later divorced. She moved to Waupun after her marriage to Nick Kuzulka in May of 1972.The couple enjoyed traveling together, especially taking bus tours. Nick preceded Gloria in death on April 8, 1995. In Oct. of 1996 Gloria was united in marriage to William "Bill" Tubbs and the couple moved to Seymour. Gloria and Bill enjoyed touring the United States and Europe until health problems developed for them. Bill preceded Gloria in death on May 25, 2012.

Gloria was employed as a clerk at Fanshaw Hardware, which later became Peters Hardware, in Waupun. Her last job before retirement was at a needlecraft and yarn shop, Rainbow's End, which was owned by friends in Waupun. Gloria knitted, crocheted, and did crewel embroidery, so it was an enjoyable job. Gloria was a life member of the Seymour Legion Auxiliary as well as a stitchers' group in Waupun, which she still attended when she was able. Gloria also enjoyed gardening, and playing cards and games with friends and family.

In addition to her parents and three husbands, Gloria was preceded in death by one step-son, Kurt Kuzulka.

Due to COVID, private family services will be held. Burial will take place in Oak Hill Cemetery in Neenah.

In lieu of flowers, a memorial fund has been established.

The family extends a special thanks to the staffs of Prairie Homes and Heartland Hospice for their compassionate care.

Online condolences may be expressed at www.muehlboettcher.com

To plant trees in memory, please visit our Sympathy Store.
Published by WiscNews.com on Nov. 17, 2020.
MEMORIAL EVENTS
No memorial events are currently scheduled.
To offer your sympathy during this difficult time, you can now have memorial trees planted in a National Forest in memory of your loved one.
Funeral services provided by:
Muehl Boettcher Funeral Home
GUEST BOOK
1 Entry
I so enjoyed Gloria. She had an infectious laugh and enjoyed joking around. Whenever I visited she was interested in my job, children and eventually grandchildren. She loved the tar out of Becky, Mitch and Glori!
My sympathy to you all,
Laura Hatfield
Laura L Hatfield
Friend
November 16, 2020