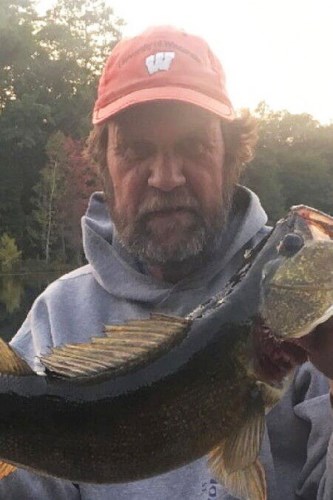 RANDOLPH - James M. Clark, age 65, of Randolph, Wis., died unexpectedly on Friday, Oct. 8, 2021. He was born on Dec. 15, 1955, in Beloit, the eldest child of Robert and Jane (Peckham) Clark. Jim grew up in Clinton and graduated from Clinton High School, Class of 1974. He graduated from UW-Stevens Point, where he studied biology and wildlife. After college he headed west and spent several seasons as a park ranger in Rocky Mountain National Park. Jim returned to Wisconsin and worked in the wholesale nursery industry in Princeton. He later worked at Jung's in Randolph, where he spent the last several years until his recent retirement. Jim had a great love of nature and the outdoors. He enjoyed spending time in the Northwoods and watching the Badgers and Brewers. Jim also had a great love of family. Even though he never had children of his own, he took great pride in his nieces and nephews, as well as the children and grandchildren of his longtime companion and love, Laurie.

A private family service will be held. Please share a memory or a condolence with the Clark family on our website.

Published by WiscNews.com on Oct. 13, 2021.
To plant trees in memory, please visit the Sympathy Store.
MEMORIAL EVENTS
To offer your sympathy during this difficult time, you can now have memorial trees planted in a National Forest in memory of your loved one.
Funeral services provided by:
Brian Mark Funeral Cremation & Pre-Planning
MAKE A DONATION
MEMORIES & CONDOLENCES
Sponsored by Brian Mark Funeral Cremation & Pre-Planning.
2 Entries
I have fond memories of the years I worked with Jim at Jung Seed Company. We worked in different areas so I always thought of Jim and Laurie more as friends than workmates. He was always a very `level headed´, kind and considerate friend. I admired the relationship he and Laurie shared with one another and felt they were both lucky to be able to share their lives together. It was a perfect match! My heart and prayers are with her especially in this difficult time. The world needs more people like Jim he will be missed by all the people fortunate enough to have had him in their lives!
Kurt Wilkens
Friend
October 15, 2021
Sending Love and deepest sympathy.
Melissa Clark
October 14, 2021
Showing 1 - 2 of 2 results