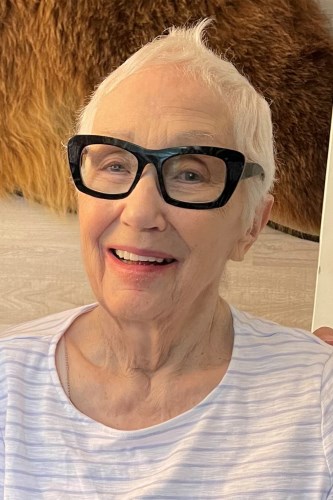 Jean married her high school sweetheart, William "Bill" Hatch, her husband for 67 years. She started working at the Pittsville Post Office when she was 18 years old. In 1968 she transferred to the Mauston Post Office where she eventually became postmaster.

Jean retired in 1982 and together with Bill started Cranberry Creek Cranberries, Inc. A lot of hard work and determination paid off as it has become a top-notch cranberry operation in Wisconsin.

In many ways Jean was ahead of her time. She was running on country roads long before jogging became a popular exercise. It became a lifelong passion, walking when she no longer ran. She was extremely interested in finance and began investing for herself at 18. She was a keen collector of stamps and coins, bought and refurbished antiques, and loved fashion and interior design. She was a talented opera singer and loved attending operas throughout the U.S. She cherished book club and her very loving friends. She was strong minded and could accomplish most anything she decided to do. Her example taught her children to strive for what they want in life and that they are in charge of their destiny. To overcome cancer, she dedicated herself to a holistic lifestyle. Through her acquired knowledge and expertise, she mentored others dealing with cancer.

Extremely meaningful to Jean and Bill was their ability to donate to and become a force to build the Hatch Public Library. The library will continue to serve the people of the greater Mauston community for many years to come.

For the last three years of her life, she was fortunate to have a devoted partner, Charles Blackwell Jr.

The family has requested no flowers or plants. Memorials may be made to the Hatch Public Library, 111 W. State St., Mauston, WI 53948.

A memorial Mass of Christian Burial will be held on Saturday, July 24, at 11 a.m. at ST. FRANCIS OF ASSISI CATHOLIC CHURCH in Necedah. Father Joseph Redfern will officiate. Burial will follow in the church cemetery. Family and friends are invited for visitation from 9 a.m. until the time of service at the church.

Crandall Funeral Home in Mauston is assisting the family with arrangements.