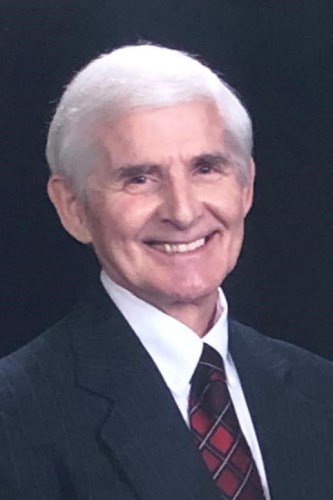 Jerry graduated from Baraboo High School, Baraboo, Wis., in 1958 and Rhema Bible Training Center in Broken Arrow, Okla., in 1977. He married Judith Ann Haskins on Aug. 22, 1959, in West Baraboo, Wis. He and Judy pastored churches in Houston, Texas, West Baraboo, Wis., Clinton, Okla., Sidney, Iowa, and various churches in Arizona and Baltimore, Md. Jerry was active in the communities where he pastored. He joined the Baraboo Ministerial Association in 1967 and was an integral part of the Good Friday services while there. In Clinton, Okla., Jerry was the PTA president at the school attended by his daughters. He was instrumental in fundraising during his time there and was remembered as being a great riverboat gambler at the Nance western carnival. Jerry also enjoyed playing baseball and softball. He loved to watch the Atlanta Braves and the Green Bay Packers. He was a blessing to all who knew him. Jerry retired from pastoring in 2002 but never from ministry. He was still ministering to those around him during his brief illness and hours from his death.

Donations can be made to Alta Vista Bible Church at www.avbiblechurch.org/giving, Angel Tree with Prison Fellowship or Samaritan's Purse. https://www.neptunesociety.com/location/tucson-cremation.