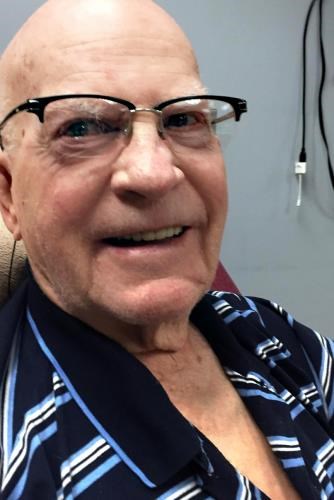 Jim always had a big smile, loved to joke and was always willing to help anyone. His passions were making maple syrup and spending time in his maple woods. Another passion was gardening; he usually had a large gardens in several places. He loved to fish for bluegill with his cane pole, and would say "Get rid of those damn crappies, and no perch either." He spent many hours collecting and trading stamps. He shoveled half of the houses in the neighborhood, and after he got a snow blower, he took care of the whole block. He always laughed when called by his nickname, Curly.

Jim is survived by his wife of 65 years, Wanda; two sons, Charley of Edmond, Okla., and Bruce of Clinton, Mont.; four grandchildren, Lisa Johnston, Kayla Hover, Dustin Hover and Ryan Hover; three great-grandchildren, Avery Johnston, Parker Johnston, and Cooper Halligan; a sister, Edna Carlson of Billings, Mont.; and a brother, Norman of Gordon. He was preceded in death by his parents; and two brothers, Norman and Gordon.

A service of remembrance will be held at 2 p.m. on Thursday, July 22, at the MAUSTON UNITED METHODIST CHURCH; Pastor Anita Genrich will officiate. Burial with military honors will be held at 1 p.m. on Friday, July 23, at the NORTHERN WISCONSIN VETERANS MEMORIAL CEMETERY in Spooner, Wis. The Crandall Funeral Home of Mauston is assisting with the arrangements.