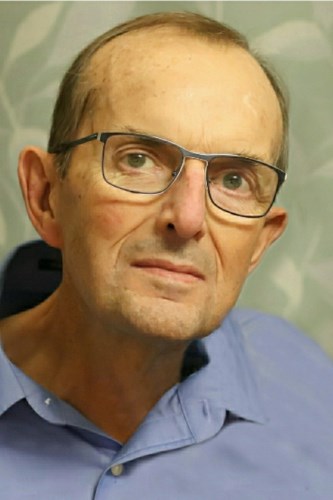 BARABOO - John H. Dodge, age 65, of Baraboo, passed away at his home on Tuesday, April 21, 2020, from congestive heart failure, surrounded by his loving family.

John was born May 31, 1954, at St. Mary's Ringling Hospital in Baraboo to Hubert J. Dodge and Grace L. (Wilcox) Dodge. He graduated in June 1972 from Baraboo High School and in December joined the Wisconsin National Guard. John was a member of Troop E 105th Calvary until his retirement in 1994. During his service, he was a mess steward and received numerous awards for his food preparation and organization of the mess unit. John was very proud to be part of the National Guard and serve in the military.

On Oct. 26, 1974, John married Sandy Vorndran at St. Joseph's Catholic Church in Baraboo and became an active member of St. Joseph's Parish. They had two sons, Michael John, in May 1978, and Matthew William, in April 1981.

John started his career at the Post Office in July 1978 working as a city letter carrier for the Baraboo Post Office. He retired from the Postal Service in 2002 due to health concerns.

He was a member of the Baraboo Lions Club from 1988-1993 and served as president from 1991-1992. In 1995, he worked with the National Post Office Food Drive to help organize the Baraboo Post Office food drive to benefit the local food pantry. In 2009, John and Sandy started St. Joseph's community dinner, The Neighborhood Supper. The dinner was started to not only help the homeless and poor of the community, but also encourage widows and widowers to join in a good home-cooked meal and fellowship.

Please join us for a memorial Mass and visitation at ST. JOSEPH'S CATHOLIC CHURCH in Baraboo for John. The visitation will be Friday, Oct. 8, from 4 p.m. to 6:30 p.m. The memorial Mass will be Saturday, Oct. 9, at 11 a.m., with a visitation from 10 a.m. until time of Mass. Father Jared Holzhuter will be officiating. A luncheon will be held in the school gym following the Mass. If you plan to attend the luncheon, please RSVP to Sandy at 356-4468 by Oct. 1. Sincerely, Sandy, Mike, and Matt.