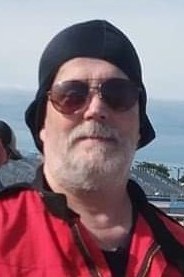 PARDEEVILLE - Kurt L. Rinde, age 66 of Pardeeville, passed away Monday, Sept. 13, 2021 at the Columbia Healthcare Center in Wyocena. He was born in 1955 in Madison, Wis., the son of Lloyd and Roberta. He later married his wife, Sharon Knutson in 2002.

Kurt enjoyed working on his cars, especially his Corvette, Mustang, and fixing computers. He was always tinkering with something. He loved the Packers but loved spending time with his children even more.

Visitation and funeral services will be held at Grasse Funeral Home in Pardeeville for family and close friends Saturday, Sept. 25, 2021. Officiating the service will be Pastor Justin O'Boyle of City of Refuge Church in Portage. Burial will be held at the Wyocena Cemetery. For those of you who can help during this time, consider donating funds towards funeral expenses. Donations can be made directly to Grasse Funeral Service. Online condolences may be made at www.grassefs.com. Grasse Funeral Service in Pardeeville is serving the family.